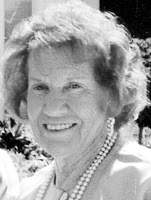 
Our loving mother, grandmother, sister and aunt, Vardella Jenks Taylor Smithhart due to a sudden illness has ended her time here on earth and returned to her Heavenly Father. She was loved by many and will be missed by all who knew her. Her test has ended and no longer needs to put up with the bothersome things of this earthly life.

She was born on April 13, 1926 in Logan, Utah to William Lavon Jenks and Delsa Jolly Jenks. She always laughed at the fact that she was born on Friday the 13th with the last name of Jenks so much so that she had a license plate made for her car.

She worked in the restaurant business as a waitress most of her working days but her real love was to stay home, take care of her family and work in her garden. She always likes to share all the produce that she would raise each year with neighbors and friends and family. Her second love was baking and made delicious breads and candies that she would also share.

She was married to Frank L Taylor on April 4, 1944 and together they raised six children. They were later divorced. She married James Smithhart in 1979.

In January of 1987 she moved to Grantsville to live with her son and help them run their new business. As she became better known she was hired to be a nurse for several Grantsville residents so they could stay in their own homes longer as they aged.

She has always been active in the LDS church and had many callings. She was a Blazer scout leader for several years and worked under several different Relief Society presidencies. She was the Relief Society President for the Cooley Lane branch for six years.

Vardella has always loved being outdoors and staying active. Her and her sister would go camping and when she was able hiked all the hills west of Grantsville.

After her family she loved her pets. They were her babies for lots of years. Whenever you would catch her walking around town she would have a dog or two at her heels

Preceded in death by her parents, husband, one sister Velva Phelps and two grandchildren.

All who knew her loved her.


To order memorial trees or send flowers to the family in memory of Vardella Smithhart, please visit our flower store.