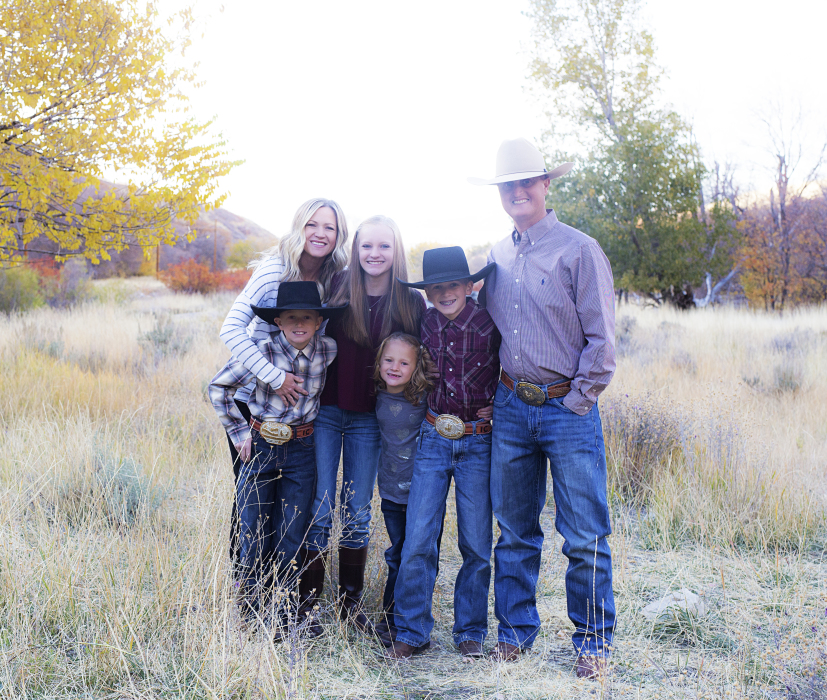 Thomas Francis Thackeray, a man known for quick wit, engaging conversations, fierce loyalty to family, friends and his faith in God, returned to his heavenly home on Monday April 23, 2018 due to a severe stroke following an ongoing battle with Acute Myeloid Leukemia. He was born on April 5, 1977 (41).

Tom graduated from Etna Union High School in Etna, California, class of 1995. He continued his education at Utah State University earning degrees in Agricultural Business/ Business. He served a faithful mission for the Church of Jesus Christ of Latter-day Saints in Detroit, Michigan from 1996-1998. Tom was sealed to Annie Jorgensen in the Bountiful LDS temple on September 23, 2000. They are the parents of four beautiful children, McKenzie, (15), Tyler, (12), Tanner (11), and Allie (7).

Thomas worked for Ensign Ranches for over 20 years. He and his family lived on the ranch and embraced everything the lifestyle had to offer. Tom had a passion for horses and was able to share that with his children, leaving them with a lifelong appreciation of what he loved.

He will be deeply missed by his wife and children. Thomas and Annie’s determined efforts to overcome his illness are a living witness of their love and dedication to God and their family. The impact of their combined efforts cannot not be measured and does not end with Thomas’s passing. Those who knew Tom were left laughing and strengthened by his humor and easy conversation.

To order memorial trees or send flowers to the family in memory of Thomas Thackeray, please visit our flower store.
Send a Sympathy Card