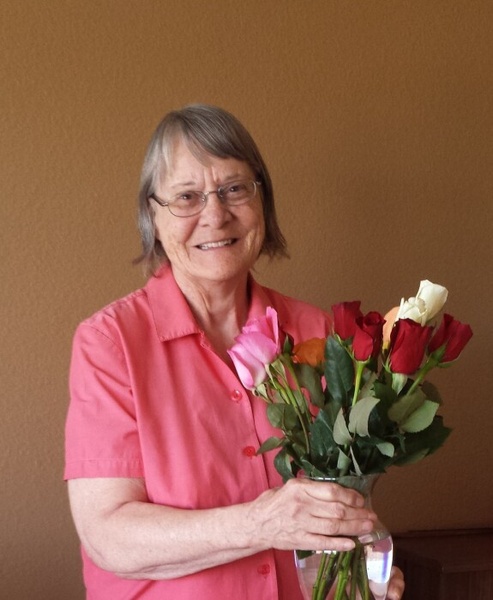 Shirley Tryon was the first of 6 children born to John and Elfreda Johnson in Cook, Minnesota. She grew up in Barstow, California. Became a mother figure to her younger siblings as a teenager when her parents divorced. She graduated from Barstow High School in 1958. She married Leroy Tryon Jr in August 1960. A year later she gave birth to her son Arthur. In 1966 the family came to Salt Lake City when Leroy got a job at Tooele Army Depot working on the railroad. Moving to Tooele in 1968. Shirley started working at the Depot in the early 70s as a PBX operator. She transferred to the mailroom in the mid 70s and was the mailroom supervisor until her retirement in 1989. Shirley loved to go camping and travel. Deer Creek was one of her favorite places as well as Whidbey Is, Wa. She also spent a lot of time making homemade goodies, sending care packages to her son every month while he served in the Navy. Shirley and Leroy lived in Las Vegas, Nv and Sun City, Az for many years. She went back to Las Vegas to live with her son and sister Bonnie in 2005 when Leroy passed away. Moving back to Tooele in 2014. The last few years have been difficult for Shirley as she was diagnosed with Parkinson’s and then had a couple minor strokes. After a major stroke in 2019 she became a resident of Rocky Mountain CareWillow Springs. During her battle with Covid in January she had another stroke. She  fought with all she had. She recovered from Covid. But the effects of everything left her very weak. She passed away March 3, 2021.

Shirley is preceded in death by her parents, her brothers Skip, and Johnny, and her husband Leroy. She is survived by her sisters Sharon, and Bonnie, her brother Eddie, and her son Arthur.

There will be no services as was Shirley’s wish. The family would like to thank everyone at Rocky
Mountain Care Willow Springs for taking care of Mom the past couple years. We have many friends there
both staff and residents. We love you all. Thank you for all that you did in caring for Mom.

To order memorial trees or send flowers to the family in memory of Shirley Tryon, please visit our flower store.