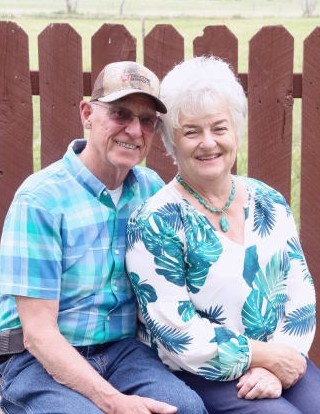 On May 8, 1950 Sheryl Jane (Ted) was born; the last of four girls to Geraldine A. Orr and George L. Wright. She grew up with her sisters Mary Ann, Marjorie Jean,  Christine Adair and her nephew, who was more like a little brother, Kevin.

Sheryl was raised in a humble home on Cooley Lane, where her parents taught her the values of welcoming, loving and accepting others. Their home was a home to many and is remembered fondly to this day. There, she acquired and perfected many of her talents and skills. She was a cook, seamstress, gardener, scrapbooker, quilter, hostess, organizer and leader.

In May of 1968, Sheryl graduated from Grantsville High school, where she  participated in the drill team and cheerleading. In 1969, she married Brent Lee Peterson and together they had three children. They divorced in 1982 and remained friends. In 1992 Sheryl met Gerald Douglas Webster while working at the Tooele Army Depot. They married on August 5, 1993, made their home on Cooley Lane and together raised their granddaughter Kaylie.

A never ceasing amount of love lived in Sheryl’s heart. Whether it regarded her children, grandchildren, her husband Gerald, friends, or animals, her door was always open to anyone who needed a friend and a warm meal. She counseled and cared, she prayed and helped, she emulated the Savior perfectly in the way she loved others. She was a mother and caregiver to those who weren’t naturally hers. Many call her mom. Even the goats and little lambs came to her call, from her back pasture.

Sheryl loved Grantsville and especially Cooley Lane. In fact, that’s where you could usually find her. When asked one day if she could go anywhere in the world her response was, “I have every thing I could ever want right here”, as she was surrounded by her grandchildren in her backyard during a summer afternoon. Sheryl and Gerald have a beautiful home where their family meets at least every Sunday for dinner, Sheryl loved nothing more than to be surrounded by her family and spending time with them. She and Gerald loved taking walks up and down the lane, and spent a lot of time together doing simple things. They spent 27 wonderful years together.

On Tuesday June 18, 2019 Sheryl passed peacefully from this life, surrounded by her family. She battled cancer for the last two and a half years. All her doctors said how lucky she was for the time she did have. Usually the type of cancer she had, took people much quicker. We will forever be grateful and inspired for the fight she had in her. She is the strongest woman we know.

To order memorial trees or send flowers to the family in memory of Sheryl Webster, please visit our flower store.