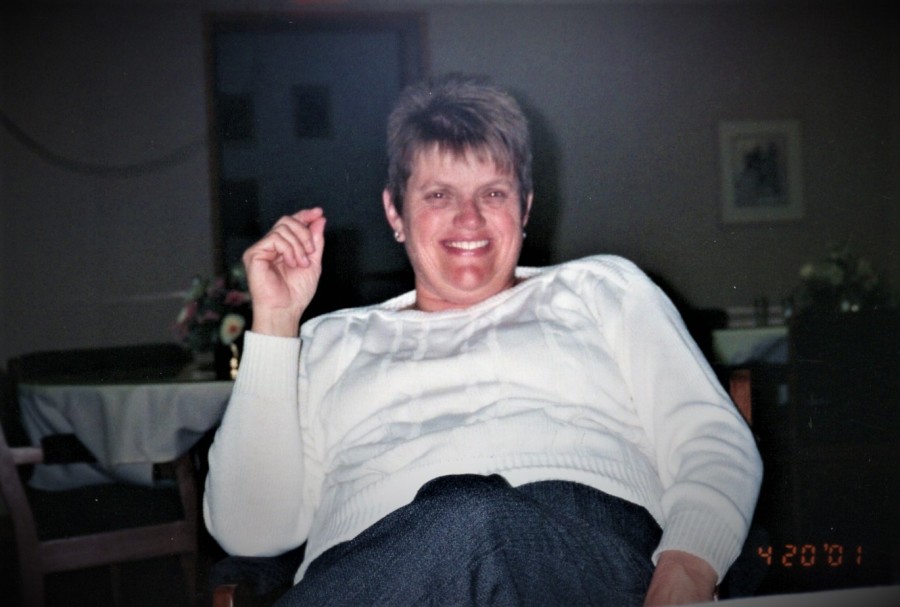 How do you sum up an entire life into mere words? How do you capture someone who was larger than life into a few phrases and sentences? The best we can do is recall memories and share our stories to celebrate a full life and a one of a kind woman. She was an amazing wife. A protective sister. An extraordinary mother. An incredible Aunt. A devoted grandmother. A second mother to so many. A friend to all; a giver; a defender. A woman that would take no shit, but also wouldn’t hesitate to give you the shirt off her back.

With that being said…

Although Sherry’s mind was sharp and willing, her body decided it couldn’t go on any longer on January 16, 2020.

Sherry was born on October 12, 1954 to Lorin (Smitty) and Helen (Terry) Smith. She came home to her older brother Rick. They later welcomed two brothers and a sister; Danny, Carl, and Nancy.
Sherry met the love of her life, Bill Fitzgerald and they got married on May 22, 1981. Sherry brought with her two beautiful daughters, Brisi and Kimmy, from her previous marriage to Danny Norwood. The four of them excitedly welcomed Billy and Patricia.

Sherry is survived by her loving husband Bill, her children; Brisi, Kimmy, Billy, and Trish. Her siblings; Rick (Colleen), Danny (Connie), Carl, and Nancy (Burke), her grandchildren, many nieces and nephews. She was loved and will be greatly missed by so many others.

A very special thanks to Tori Elliott, Erin Granger, Tooele Dialysis Center, Marlee Dalton, everyone that has contributed to her care and quality of life.

We will be celebrating Sherry’s life on February 1st beginning at 11:00 am at Deseret Peak Complex Convention Center.

To order memorial trees or send flowers to the family in memory of Sherry Fitzgerald, please visit our flower store.
Send a Sympathy Card