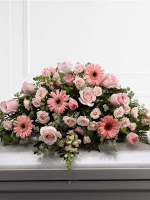 1951 - 2015
Beloved wife, mother, grandmother, great grandmother was called home unexpectedly December 14, 2015. She was born September 18, 1951 to Carlos and Carmen Montoya in Dixon New Mexico. Ruby married her one true love Willie January 11,1970. Of that union came five beautiful children; Carmen (Tommy), Paul (Jennifer) and Eloy. She also had seven grandchildren and one great grandchild which she adored immensely. In addition to the love for her family and friends, she enjoyed Harley rides with her husband Willie, spending time outdoors, Wendover trips, traveling and being with her four dogs. Preceded in death by her parents, husband Willie, sons Shane and JJ, three brothers Gavino, Stevie, Carlos, and two sisters, Theresa and Irene. A visitation will be held at 11 am and Rosary at 12 pm Monday December 21, 2015 at St Marguerites Catholic Church 15 South 7 th St, Tooele.
To order memorial trees or send flowers to the family in memory of Ruby Anaya, please visit our flower store.
Send a Sympathy Card