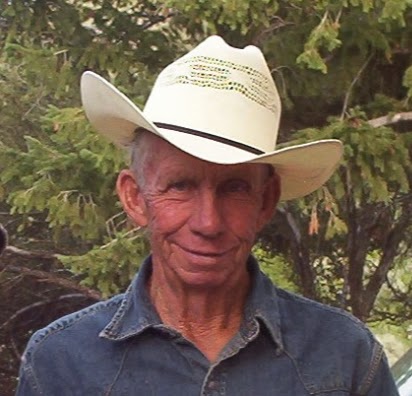 Ronald (Ron) Cecil Warr, beloved father, son, grandfather and uncle passed away at his home in Grantsville, Utah on Wednesday, April 22, 2020.  He was born in Erda, Utah on January 18, 1935, to Elsinore (Elsie) Rodeback and Arthur Warr.

Ron joined the United State Army and served his country with pride.  He often talked of his times in Alaska while in the Army.  He was able to return making a life-long dream happen when his son Travis, surprised him with a fishing trip to Alaska.

He was a member of the Church of Jesus Christ, of Latter Day Saints.  He loved his family and often took them hunting, fishing, on picnics or on a drive in the mountains. He worked at the Tooele Army Depot upon his discharge from the Army until his retirement.  He was born during the depression and would tell stories about how thrifty they had to be.  As such, he loved to tinker and repaired a lot of things throughout the years.  Even a couple of days before his death, it was hard for him to sit still.  He enjoyed gardening and had a green thumb. He loved animals, especially his horses and dogs.  He taught his children how to hunt, fish and be thrifty.  They treasure the memories they share of the many hunting, fishing and camping trips; one of which was his trophy elk hunt.  Many special times were also spent with his brother and sister-in-law Merlin and Lillis Warr and their children, Rick, Guy, Jerry and Christy.  Many grandchildren, nieces and nephews also have fond memories hunting, camping and fishing with him.

Ron was preceded in death by his parents, step-father, brothers Clayton and Boyd, his sister Eugenia (Jeanie) Shultz, his son Scott and son-in-law DLynn.  He is survived by his sister Mazel Elsholz, brother Merlin Warr,  his children, 13 grandchildren, 14 Great-grandchildren, 5 great-great grandchildren and many special nieces and nephews.

Private family graveside services will be held on Wednesday, April 29, 2020.  There will be a livestream availabe of the service.  Information to join is provided below.  Interment will be in the Grantsville City Cemetery.

To order memorial trees or send flowers to the family in memory of Ronald (Ron) Warr, please visit our flower store.
Send a Sympathy Card