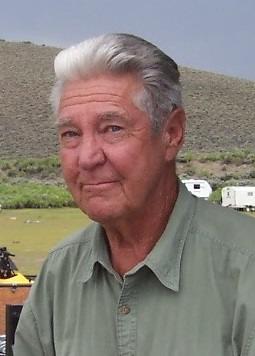 Robert Bruce Scott, Jr. (Bob) our dear father, grandfather and husband of the late Peggy M Scott, passed away after a courageous battle with cancer January 9, 2019 at the age of 79.

He was born September 25, 1939 in Salt Lake City, UT to Robert and Elvira Scott Sr and grew up in Tooele. He married his sweetheart Peggy on October 8, 1962 and started his own family. He began working at the Tooele Army Depot with the Depot Engineers and eventually became a Quality Assurance representative in the AMMO Division. During his career with the government he was able to perform duties in many domestic and foreign countries, was accredited with several civilian service citations and also gained the nickname of Scotty.

Bob was a member of the LDS Church and although not active he did welcome and enjoy visits from the area ward members developing special friendships with many. He was also a member of the Elks and Eagles fraternities for many years and participated in many of their fund raising events.

He was an avid hunter, fisherman, all around outdoorsman and taught his sons and grandchildren everything they needed to know about those subjects and life. He loved the mountains and red-rock country of southern Utah and together with his father Bruce, built a family cabin in 1973 located in beautiful Grover Utah to be close to the country where he loved to recreate.

Bob was genuine, honest, kind and he and Peggy affectionately loved their family more than anything else. He enjoyed visiting and sharing stories with everyone and especially his grandchildren and great-grandchildren (the toads). Robert humbly showed his caring nature by taking care of his wife Peggy during her life and devoted many years to taking care of his own mother and father. He was never hesitant to provide for and ensure all of us were well taken care of.

As a super car and motorcycle fanatic Bob enjoyed restoring cars and building sport recreational vehicles and riding motorcycles. As a skilled carpenter he loved to make furniture, artful Native American and western crafts in his garage; many of which sold for high dollar in Park City. He also loved taking care of his home and yard which were always finely maintained.

He was preceded in death by his father; Robert Bruce Scott Sr., mother Elvira K. Scott, sister Mary Scott, and his wife Peggy M Scott. And as we celebrate his life, may they celebrate in reunion.

A Graveside Service will be held 3pm Friday January 18th at the Tooele City Cemetery, 361 S 100 E, (Delamare Ln & Swan Dr) for an internment service and family prayer followed by a Celebration of Life to be held from 4pm to 8pm, at the Loyal Order of the Moose Lodge, 1100 East Vine St, Tooele, UT.

To order memorial trees or send flowers to the family in memory of Robert Scott, please visit our flower store.
Send a Sympathy Card