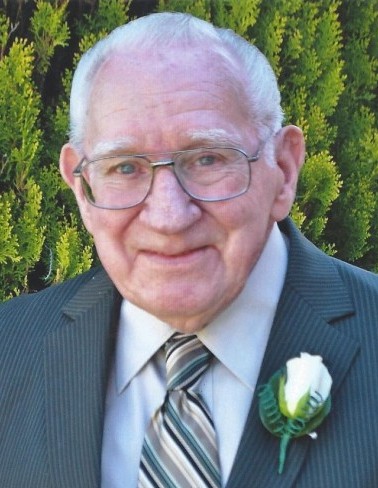 Brent was born on January 1st, 1934 in Salt Lake City, Utah to Hyrum Marlowe and Eva Jensen Millward. He graduated from Grantsville High School where he played tennis, basketball and football. He served in the United States Army in Germany from 1958-1962. He played the trombone in the army band and loved to tell his family about performing overseas. He retired from Little America after working there for 21 years.

Brent was a member of The Church of Jesus Christ of Latter-day Saints. He served as a temple worker in Salt Lake Temple in the baptistry for many years.

He is survived by his wife, Madge; children Bobby, Cherie, Sydney, Linda, Brenda, David, Scott, Ruth, David, Jerry, Susan, Deana and Holly; siblings, Don and Larry and many grandchildren and great-grandchildren. He is preceded in death by his parents, brothers, Lynn and Byron, and 4 grandchildren.

A funeral is scheduled for 1:00 PM on August 14 at the Grantsville West Stake Center, 115 E. Cherry Street. A viewing will be held 1 hour prior.  Interment to follow at the Grantsville City Cemetery. The family would like to thank Rocky Mountain Hospice, especially Jenny Eva and Tina Stewart their loving care. Services entrusted with Didericksen Memorial, 435-277-0050.

To order memorial trees or send flowers to the family in memory of Robert Millward, please visit our flower store.
Send a Sympathy Card