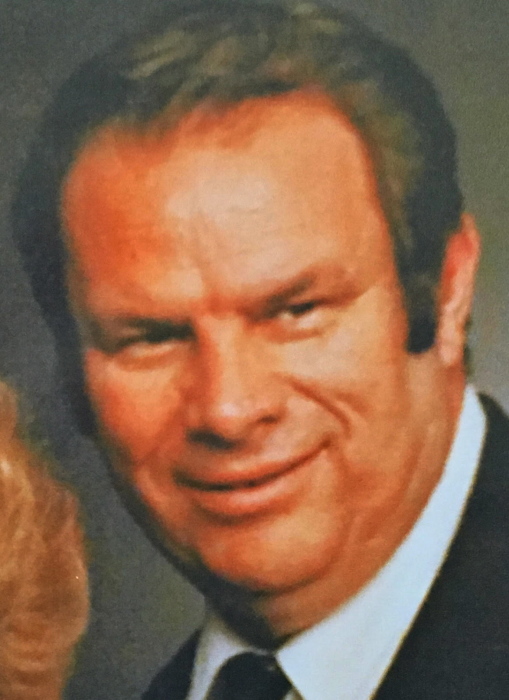 Our Beloved father, grandfather and brother, Robert Brent Calvin 79, passed away in the early hours of April 17. 2017 due to complications with Parkinson's Disease. He was born May 9, 1937 to Bernice and Bill Calvin. He grew up in Salt Lake City where his childhood was filled with friends and extended family gatherings. As a young man, Bob liked to light the field across the street on fire, ice skate, ski and go deer hunting. Many Saturdays were spent with aunts, uncles and cousins picnicking at Doughnut Falls or Fairmont Park. He spent many summers on his aunt Golda's farm, learning the value of hard work and family. He loved to go camping where he would enjoy the out of doors and relaxation. He was the young driver of family get-togethers. He reserved Mt. Dell Pavilion every year for almost 50 years for our annual Father's Day Picnic, where he provided homemade root beer and ice blocks for the hill. Bob also arranged the Family Reunion at both Flaming Gorge and then Bear Lake. He was the eldest son of 6 children. He loved his siblings very much, always keeping in touch and being aware of others' needs. He graduated from South High. After a blind date and a two-year courtship, Bob married the joy of his life, Nancy J. Peterson July 9, 1958 in the backyard of Nancy's sister, Marilyn. Children came quickly to this couple, causing him to work several jobs at a time. He worked for Auerbachs, Purity Biscuit, Cool Breeze, Vitro and Western Phosphate. Ultimately, he stayed with Western Phosphate, which became Stauffer Chemical and then Chevron in Garfield, Utah.Together, Bob and Nancy raised 3 children in Granger, Ut. Bob enjoyed his loving extended family, going camping, flying to Hawaii, cruising to Alaska as well as the peacefulness of working in his yard.

When his parents new home in Lake Point, Ut became available Bob and Nancy sold the Granger home and moved to the country. They loved feeding the neighbor's horses, listening to the trains go by, and watching beautiful sunsets over the Great Salt Lake. In the summer of 2011, Nancy had complications to surgery and passed away. Bob lost his most cherished possession. He was devastated. His diagnosis with Parkinson's had come in about 2008. This, combined with the loss of Nancy, was his most difficult time. His children rallied around him. Mike and Carmelle were already living with him. Michelle and her husband Brent, made weekly visits to the "farm." His kids wanted to help fill the void caused by Nancy's death. He is survived by his loving daughters Michelle (Brent) Jorgensen, Carmelle Calvin, brothers and sisters, Arlene (Neil) Noorda, Ron Calvin, Colleen (Leonard) Garrard, Gary Calvin and Pamela (David) Merrill. Four grandchildren Alyx and Brandon Calvin, Ryan and Cody Jorgensen. One great-grandchild, Carter Jorgensen who was born only two weeks ago. Preceded in death by his fabulous parents, loving wife Nancy, and son Michael, who died April 2, 2017, and sister in law, Sharlene Calvin.

Funeral services will be held Saturday, April 22, 2017 at the LDS Wardhouse at 1465 West Bristol Ridge Rd., West Jordan at 11:00 am. Viewing one hour proceeding services. Burial at Wasatch Lawn Memorial Park, beside his love, Nancy. Special thanks to Silverado-Aspen Park for their loving care for the past two years. Without their assistance, Bob's life would have been shorter and less fulfilling.

To order memorial trees or send flowers to the family in memory of Robert Calvin, please visit our flower store.
Send a Sympathy Card