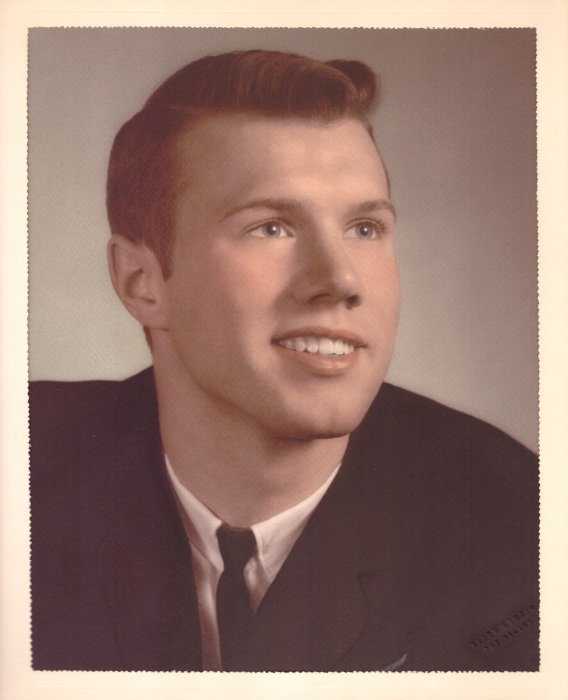 The 1st of two children of Oliver Eugene Potter and Vivian Both Potter, Richard lived a wholesome life as a member of The Church of Jesus Christ of Latter-Day Saints. Missionaries introduced Richard’s family to the Gospel. Richard was 5 years old when his parents joined the church in Vancouver, Washington. At the time it was a Branch of 25 members. As a young man, he served a mission for the church in the Southwest Indian Mission of New Mexico and Arizona serving the Pueblo Nations. During his mission, Richard was one of the few males who has ever served as the Relief Society President. His mission companion served as the Bishop. Over the years he served in various callings, from Primary to Young Mens, Elders Quorum and in the High Priest Group.

Richard and his wife, Stephania were Endowment Workers in the Portland Temple.  They  recently were service missionaries in the Washington Vancouver Mission. The early Vancouver Branch, when Richard’s family joined, covered almost the same size area of the Vancouver Mission.

Richard was a veteran of the Vietnam War and honorably served in the United States Marine Corps and the United States Army during the late 60’s and 70’s. Richard was an Expert Marksman and completed his service in the armed forces as a Captain in the US Army. Richard had been a Commander in the American Legion Cape Horn Post 122. And a member of the American Legion Post 44 in Ridgefield, Washington.

Richard was immediately liked by all those who met him and his kind spirit shined through his subtle personality. He loved the outdoors and fishing was a passion of his. He was also a business owner with businesses such a tree farm and together with his wife Stephania, (Janovec Redwoods) in Washington State where they had many types of evergreens  and even some Redwood trees that were planted by his in-law’s Joachim Joseph Janovec and Martha Meza Janovec, who started the tree farm back in the 1960’s.

Richard grew up in Vancouver, Washington in his early years, attending grammar school before moving to Washougal, Washington just a few miles East of Vancouver where he attended middle school. He then moved to the little town of Dufur, Oregon, which is located near the Columbia River Gorge, and attended and graduated from Dufur High School. He was on the football team and sang in the school and church choir. After high school, he was a cowboy working for local ranchers and wheat farmers and was one of the last Gandy Dancers, which is someone who laid and maintained railroad tracks before machines took over the work. He went to graduate from BYU in 1974 with a Bachelor’s degree in English and Military Science. He went on to work as a low voltage technician and other various jobs as well as an entrepreneur owning several businesses. Richard and his wife Stephania helped to form the Vancouver Farmers Market. He was the second Market Master for the Market. And for a few years, he and Stephania owned and operated a carpet cleaning business.  Stephania always said “that was the wrong kind of dirt”.  They also owned and operated a fruit stand and natural food store in Camas, Washington

To order memorial trees or send flowers to the family in memory of Richard Potter, please visit our flower store.
Send a Sympathy Card