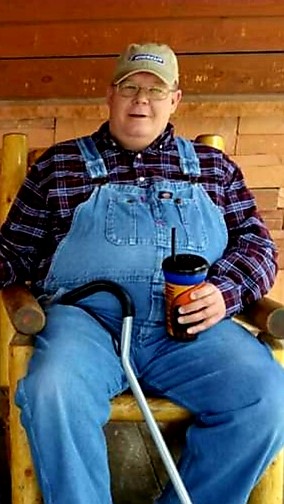 
Randall Kenneth Rudd (Randy A.K.A Papa), age 65, of Grantsville, Utah, passed away unexpectedly on December 21, 2018.
Randy was born on April 29, 1953 in Salt Lake City, Utah to Kenneth and Barbara Rudd.
Randy was married to Debbie Harris Rudd on April 29, 1972 and later sealed in the Salt Lake, Utah LDS Temple on August 4, 1976. They had been married for 46 yrs at the time of his death.
He served in the U.S. Army as a radio operator during the Vietnam war. Following his service he worked for Queststar gas for 28 years after which he retired. He was an avid duck hunter, enjoyed watching cartoons with all his grandkids, and loved his diet Dr. Pepper.
He is survived by the love of his life, Debbie, his four children: Marshall Rudd of Louisiana; J.D (Elysha) Rudd of Texas; Nichele (Steve) Hendricks of Riverton; April (Daniel) Francom of Grantsville; 11 grandsons, 3 granddaughters and 2 great grandchildren; siblings Pam (Bill) Shaw; Camille (Rick) Gates; Kevin (Peggy) Rudd; Gary (Deanne) Rudd. He is preceded in death by his parents Kenneth and Barbara Rudd.
We would like to thank the Grantsville police department and the paramedics who assisted in his final hour. We also greatly appreciate Didericksen Memorial in Grantsville for the professional and sympathetic manner in which they took care of Randy.
Per his request there will not be a viewing or funeral. Instead there will be an open house in celebration of his life on Saturday, December 29, 2018 at his home in Grantsville, Utah,
210 Ranch Road 84029 from 12:00 - 4:00 PM.
In lieu of flowers, donations may be given to help his family with funeral expenses

To order memorial trees or send flowers to the family in memory of Randall Rudd, please visit our flower store.
Send a Sympathy Card