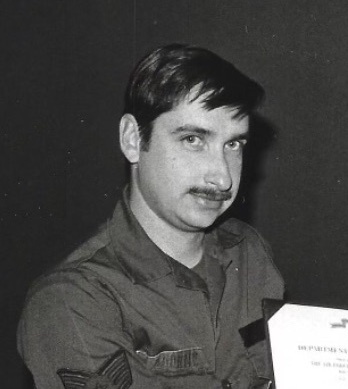 Ralph Bourne, of Tooele, Utah passed away Tuesday February 22, 2022 due to
complications from COVID.

Ralph was born in Geneva, New York on September 22nd to Niles and Edith Bourne. Shortly after graduating from high school, he enlisted in the U.S. Air Force during the Vietnam War era. While in the Air Force he was able to see many countries and states during which he worked avionics systems on many different types of airplanes. He retired from the Air Force after 20 years of dedicated service

After retiring from the Air Force, Ralph worked at a few different places before he was once again was working on what he loved the most, airplanes for Delta. He had since happily retired completely.

He was preceded in death by his father Niles, mother Edith, stepmother Beverly  andsister Debbie.

A graveside service will be held on March 1 st at 1:00pm at the Utah Veterans Memorial Park Cemetery in Bluffdale, Utah.

To order memorial trees or send flowers to the family in memory of Ralph Bourne, please visit our flower store.