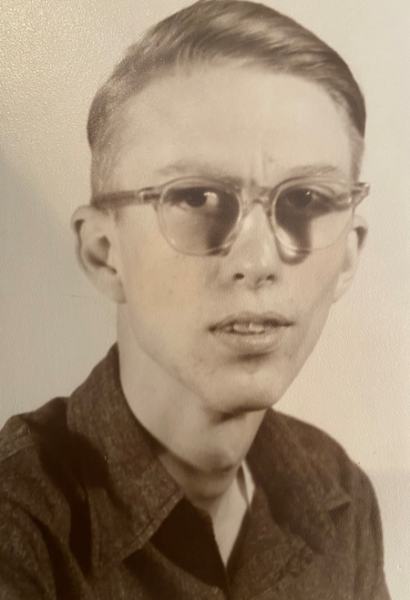 Our beloved brother and uncle returned to his family at age 88.

He was born in Grantsville, Utah to Ethel and Jesse Haynes on July 22, 1933. He was the oldest of three children. He always liked to be helpful. So when he was around 20 years old, he decided to cut an overhanging tree branch. He was in the wrong spot when the branch came down and it fell on his head and he almost lost his life. He was a different person after that incident. He was a simple, yet an honest man who would help anyone. He never married and spent most of his life living with his sister and her family. After she died, he moved in with his niece and her family until his passing.

He found employment at Grantsville High School, his alma mater. Later on, he moved his employment to the Tooele Army Depot. He retired from there.

He loved to walk around town with his cane. He always said it was to keep the dogs from biting him. The whole town knew who he was. Whenever he was out for a walk, or family never had to worry. We know the citizens of the town were always watching out for him. Whenever he needed help, a good samaritan would pitch in. They would give him a ride or help him up when he fell. One time he passed out and someone called an ambulance.

He was part of the Dice Club at the Blue Bird. He and a group of men would meet and play dice for drinks. It was one of his favorite activities until the Blue Bird closed. Every morning you could find him watching The Price is Right. One day his television broke so he used his great, great nephew's computer to watch it. Without fail, lunch would be one baloney sandwich and one peanut butter and jelly sandwich, and don't forget the Pepsi!

Even though he never married, the nieces, nephews (great and great-great) were his kids. Even the town kids were his on Halloween. He loved seeing them and giving away candy. He would pat the kids on the head with a big smile and laugh and say "Kiddo!"

His quiet but unmistakable presence will forever be missed.

A graveside service will be held on Wednesday, November 10th at 11:00 am at the Grantsville City Cemetery.  All who knew him are welcome.

He is survived by his sister, Ruth (Haynes) Smith; and many nieces, nephews, and cousins.

To order memorial trees or send flowers to the family in memory of Phares Haynes, please visit our flower store.