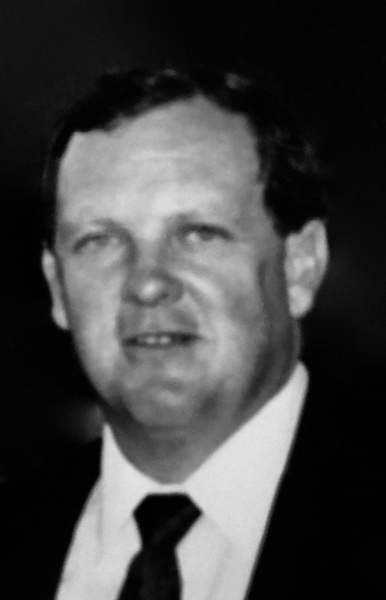 
Paul H. Didericksen, beloved husband, father, and grandfather, passed away Tuesday morning, July 18, 2017, in a Salt Lake hospital, surrounded by his loving wife and children. He was born March 5, 1950 in Lehi, Utah to Odeen and Phyllis C. Didericksen. When Paul was young, his family moved to Grantsville, Utah where his father owned a construction business, and his mother became a teacher. Paul loved the community of Grantsville and became involved in every aspect. He loved his classmates, teammates, and many friends.

In school, he excelled in every way, including academics, athletics, and student government. Paul loved Math and tutored other students in this subject. At GHS, he was student body vice president his junior year, and the following year, became Student Body President. Paul was a natural athlete, and participated in every sport. He received many honors while attending high school, including All-state honors in baseball, basketball and football. He was selected as a Deseret News Athlete of the Week, and featured as one of the outstanding football backs in the state. He was selected to play on the Tooele County American Legion Team, where he held the position of short stop. Even though he was a talented athlete, he never thought of himself that way. He simply loved sports in all arenas, whether as a participant or a spectator. He received many scholarships including an athletic and leadership scholarship to Brigham Young University. While at BYU he played baseball under the tutelage of Coach Glen Tuckett. His teammates dubbed him "Deke" and it became his college nickname.

In 1969 he served an LDS mission in Singapore, where he gained a great love for the Asian people. Paul's father died when he was only sixteen, but his mission president, Carlos G. Smith, became his "adopted father." Paul dearly loved him and they became friends for life. When the leader of Singapore would no longer accept missionaries, he became his mission president's "companion" and together, they traveled to many parts of Asia. His mission had a big impact on his life. He found great joy in seeing people change their lives for the better. After serving two years in the mission field, Paul returned to BYU to continue his studies.

On December 3, 1971, he married his high school sweetheart, Jean Soelberg, in the Salt Lake LDS Temple. Following in his father’s footsteps he worked in the construction industry and later started his own successful business. He was a hard worker and loved physical, manual labor. He also worked for many years alongside his wife, Jean, in the Soelberg family grocery business. They became the parents of six children, including one daughter and five sons. He became very involved in his children's lives and never missed a game or an event they participated in. He loved his time spent as a coach on the GHS football team, and loved working with the other coaches, who became his football family. He especially loved coaching his sons and their friends. Paul was very involved in the community and founded the first Grantsville Basketball Alumni Tournament, which still continues today.

He was later inducted into the Grantsville High School Hall of Fame. He never aspired to these accolades. His only motivation was"his love for the game." At the young age of 26, he was called to serve as Bishop of the Grantsville First Ward. He held almost every calling in the church, including Young Men's President, high councilman and lots of teaching positions. Many years were spent in serving in various bishoprics. He especially loved serving the youth. Paul was passionate about missionary work. Because of his example and zeal for sharing the gospel, all five of his sons served missions. He always encouraged the young men in our community to serve missions, and many became motivated to do so. He was asked to speak at a number of missionary farewells, and he enjoyed sharing his testimony.

His greatest accomplishment in life was his family. Nothing was more important. He was known for spontaneous vacations, and delighted his children by surprising them with many fun adventures, including countless trips to South Willow canyon and several Strawberry fishing excursions. Paul's life changed, dramatically, when he became ill in 1999. He suffered many debilitating strokes, and was unable to do the things he loved. His wife and children lovingly cared for him, doing the things he could no longer do for himself.

Our family has had a lifelong tradition of ending every family home evening and gathering, with a song called "The Manner of Happiness." It has become a mantra throughout our lives and has given us great strength and hope for the future. The last line of the song states: "When loved ones are called to leave this life and are sent to their heavenly home, there are family members to greet them, so they won't feel alone. We mourn our loss, and miss them so, but this is not the end, families are forever, and we'll be together again."

We can only imagine Paul's incredible joy being reunited with his parents, his brother, Phil, his sister, MaryAnn, and Jean's father, "JR Soelberg," all whom he dearly loved.

We would like to give a special thanks to Bishop Kenny Nelson, Bishop Jon Shepard, Bishop Lee Imlay, and Bishop Jeff Killpack for their love and long time service to Paul during the past 17 years of his illness. We give thanks to our extended family, and Paul's many friends, who blessed our lives during this challenging time.

To order memorial trees or send flowers to the family in memory of Paul Didericksen, please visit our flower store.
Send a Sympathy Card