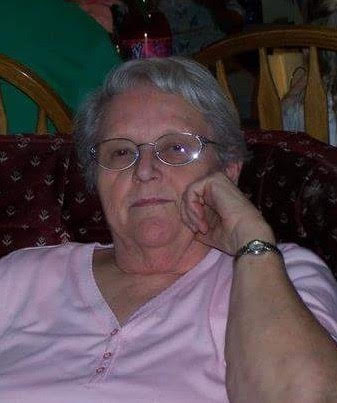 Patricia Shumway-Baker returned to the arms of our Father in Heaven on April 23, 2017.

Pat was born in Deadwood, SD on February 5, 1938 to Gilbert H. Johnson and Dorothea M. Welsh. She met Ralph Shumway when she was in nursing school in Salt Lake City, UT. They married and raised 3 children together in Grantsville, UT. They were together until Ralph’s death.

She met Phil Baker and they married, joining they’re families together. They were together until Phil’s death.

She was a Cub Scout leader and a Girl Scout leader. She supported all her children in all their activities. She worked hard through the years to assist in the support of her family.

She was preceded in death by her parents, her sister Loretta and her 2 husbands.

She is survived by her children Vic (Robin), Shari Gordon (Jerry), and Scott (Lisa), 8 grandchildren and 5 great grandchildren (with one on the way). She is also survived by Phil’s children, Myra, Glen, Scott, Clayne, Donna, Kate, Pat, Robb, Andrea, and Charles and families.

Special thanks to Rocky Mountain Hospice for their kind care.

To order memorial trees or send flowers to the family in memory of Patricia Shumway-Baker, please visit our flower store.
Send a Sympathy Card