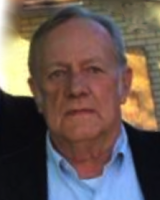 1951 - 2016
Norman Arthur Holton (Norm) passed away peacefully of cancer at his daughter’s home in Grantsville, Utah on September 16, 2016. Born July 18, 1951 to Clinton and Ellen Holton in Salt Lake City, UT. Norm spent his childhood in Salt Lake City and Elko NV. As young man he lived in Salt Lake City for a time until he moved to Cedar City Utah. He eventually moved back to Elko to be close to family and worked as a plumber, a trade he learned from his father which he proudly passed on to his sons. Norm enjoyed good times with friends and family, bragging on his favorite football team and watching old movies and Westerns. Surviving is one daughter- Noreen (Scott) Stuart, Grantsville UT; three Sons-Bruce, Missoula MT; Quinn, Wilsonville OR; Lawrence Holton-Lander, U.S. Marine Corps; four brothers -Allen, Jack, Alex and Earl; three Sisters-Janell Euler, Cynthia Orme, and Sandra Christenson; 7 grandchildren; 3 great grandchildren; and longtime companion Brenda Ladd. Norm is preceded in death by his daughter Crystal, parents Clinton and Ellen, brothers Ronald and Clinton. If friends or family desire, contributions for Norm's final expenses may be sent to: 89 Deseret Cir, Grantsville, UT. 84029. Per his request, no services are scheduled; however, a celebration of life will be held September 25, 2016 from Noon – 3:30pm at 948 Tuscany View Rd, Midvale, UT. Lunch provided.
To order memorial trees or send flowers to the family in memory of Norman Holton, please visit our flower store.
Send a Sympathy Card