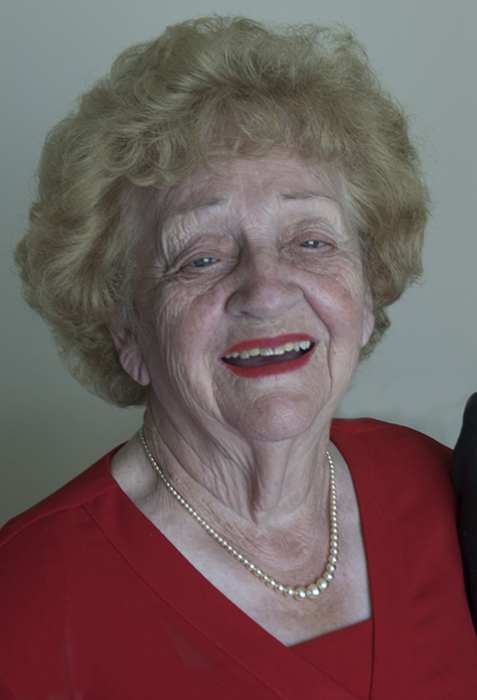 Our beloved Mother, Grandmother, Sister and Aunt, Myrtle Lawrence Barrus rejoined her husband and son in Heaven on December 11, 2017, at the age of 95.  She was a devoted wife and mother who delighted in having a clean and orderly home.  Myrtle loved to quilt and sew; many of her children and grandchildren have benefited from those talents.  She also enjoyed having her grandchildren and great-grandchildren around and was always looking for one of them so she could scratch their back.

Myrtle was born July 8, 1922 in Salt Lake City, Utah to Victor and Lovina Lawrence, the second oldest of eight children and oldest daughter.  She was proud of her family heritage and was ahead of her time in her work on genealogy and recording family history by creating her book of remembrance.  She took seriously her role as the Matriarch of the family and delighted in making sure everything was done correctly (her way).

Myrtle graduated from Grantsville High School in 1940 and married the love of her life Albert Barrus on July 8, 1942; her 20th birthday.  Their marriage was later solemnized in the Salt Lake Temple in 1946.  They were married for nearly 66 years at the time of his passing in 2008.

As a lifelong resident of Grantsville, Myrtle enjoyed keeping up on the happening around town and could often be found in the hall of her home on the phone talking with her friends and neighbors.  Myrtle was an active member of the Church of Jesus Christ of Latter Day Saints and held many callings.

To order memorial trees or send flowers to the family in memory of Myrtle Barrus, please visit our flower store.
Send a Sympathy Card