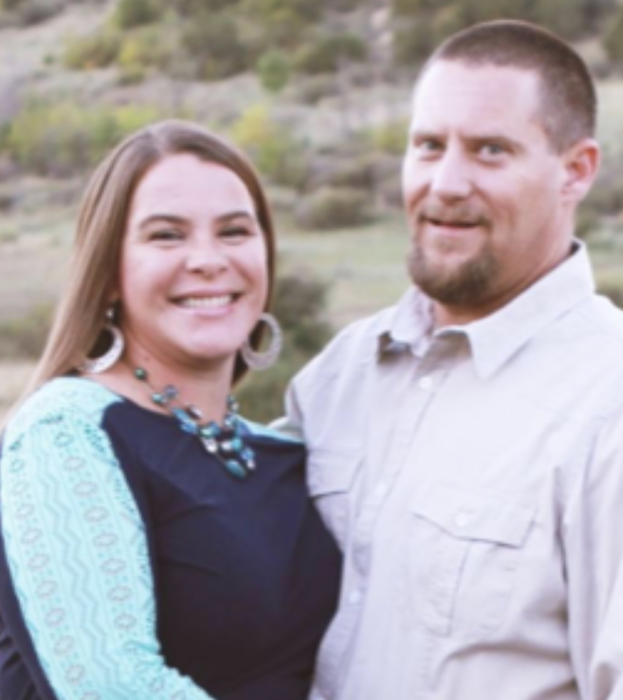 Commerce City, CO – Michael (Mike) Ward Schaff and Krisi Marie Schaff were taken from us in a tragic motorcycle accident on September 26, 2020.  Anyone who knew either of them can attest to how full of life they were and how much they will be missed.

With his family, Mike moved to Tooele, Utah, at the age of 16.  He moved into a house down the street from where Krisi grew up with her family.  5 years later, on September 6, 1997, the two of them were married.  Together, they gave birth to and raised 3 beautiful children, Michael (Tony), Kayli and Kristian.  In March of 2016, they were given the opportunity to relocate to Colorado Springs, Colorado, and later to Commerce City, Colorado.  They jumped into this new adventure in their life and never looked back.

Mike was a loyal employee of A-Shed USA for the past 16 years, .  Always the life of the party, he enjoyed fishing and hunting.  Basically, anything that took him outdoors. Prior to the move to Colorado, Krisi was the bookkeeper at Albertson’s in Tooele, and left there to work with the Department of Environmental Quality for the State of Utah.  In Colorado, she worked in the Department of Revenue with the State of Colorado.  More recently, she had taken on a new challenge as an assistant loan officer.  She was happy any time she was with family and friends.  You could always count on a good party going on at the Schaff house on any given Friday or Saturday night.

Mike and Krisi were preceded in death by Krisi’s father, Peter (Bill) Costanzo, and brothers, Peter and William (Billy) Costanzo.  They leave behind their 3 children, Mike’s parents, Alex and Linda, and siblings Jason, Matt, Becky and Brian, and Krisi’s mother, Jeri Costanzo, and siblings Tammie and Allen (Tina).  Theyalso leave their special nieces and nephews, Amber,Cooper, Melissa, Becca (Xavier), Jessie, Kyle and Kortni, as well as the rest of their nieces and nephews, Shayla, Tayler, Gabryel, Zayden, Ryu, Sakari and Abby.

Family and friends are invited to pay their respects at St. Marguerites Catholic Church, 15 South 7th Street, Tooele, Utah, from 6 pm – 8 pm on Tuesday, October 13, 2020, with a Rosary service at 7 pm.  Funeral mass will be held on Wednesday, October 14, 2020, at 11:30 am, with a visitation beginning at 10:30 am.  Due to COVID-19 restrictions, seating for the funeral mass will be limited.  Masks and social distancing measures will be required.  A lunch will be held at the Moose Lodge following the funeral mass.

To order memorial trees or send flowers to the family in memory of Michael & Krisi Schaff, please visit our flower store.
Send a Sympathy Card