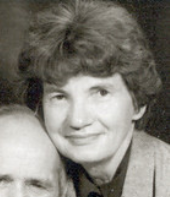 Mary Dean Stringham Durrant, of Vernon, Utah, returned home to heaven on April 5, 2016, in Orem, Utah. She was born in Manti, Utah, July 20, 1929, to Alton Ezra and Rita Reid Stringham. She had an older sister, LaRue, and younger brother Reid. When Mary was five years old, her mother passed away from quick-pneumonia. Her father later married Lola Clyde Pritchett, who husband had been killed in a mining accident. Lola had two children, Clyde and Enid. Later Bill and Norma were born making seven children in their family. Mary Dean attended schools in Manti and graduated from Manti High School and as co-valedictorian from Snow College in Ephraim, Utah. She furthered her education at Brigham Young University majoring in Journalism. While attending BYU she worked for the Provo Herald, as an editor and wrote articles for the paper. Mary Dean met Robert W. Durrant while attending a dance in the Joseph Smith building, at BYU. They were married in the Manti temple on January 18, 1952. Mary and Robert raised six children, on their farm in Vernon, Tooele County, Utah. They both worked at Dugway Proving Grounds, Mary as a secretary, and later as a classified (top secret) government document editor. Mary loves music, and was most proficient at playing the piano. She memorized several classical pieces of music that she played throughout her life. Mary was an avid reader, and also loved to knit and crochet. She made beautiful blankets for her children, and three generations of grandchildren. She was a very good cook, and made the best homemade candy ever: divinity, caramel, fondant, and peanut brittle, were a few favorites. She was a great gardener and always had a very large garden. She was very active in the Church of Jesus Christ of Latter-Day Saints and had many callings. Her favorite calling was working in the Baptistry in the Jordan River Temple where she and Robert served for thirteen years after retirement. They also served a mission in the Oakland California mission where Mary served as a secretary to the Mission President. Mary loved spending time with her family hiking, camping, (especially at Easter time when her whole Stringham family got together), and hiking in the mountains of Vernon while hunting deer or looking for Christmas trees. Mary also enjoyed attending BYU Women’s Conference and Education Week with family and friends each year. She loved to travel with her husband and was able to cruise the Caribbean, visit the National and State Parks of Utah and surrounding states, as well as the beaches in California and the Oregon Coast. She especially loved her trips back East visiting Church History sites, and her trips to the Grand Canyon where she had worked for the summer after graduating from Mary leaves a legacy of Service, Courage, Determination, Strength, Love and Faith, as she endured many physical and emotional trials in her life. Her testimony of the Savior as the Redeemer has sustained her in her sufferings, and she never lost faith in our Heavenly Father’s plan. She is now being welcomed home by her Heavenly Parents, her Brother Jesus Christ, her father & mother Alton & Rita Stringham, and second mother Lola Clyde Pritchett Stringham, brothers, Clyde Pritchett & Reid Stringham (Joan), Sister Enid Pritchett Adams (Roland), sister’s spouses, Robert J. Larsen & Lynn Reynolds, and grandson Kevin Liddiard and great grandchildren Taylor & Kate Barker. She will anxiously await her reunion with her beloved husband, Robert W. Durrant, Vernon, children: R. Dean (Juleen) Durrant, Orem. Roger R. (Marjorie) Durrant, Vernon, Ann (Clyde) Mason, South Jordan, Laura McComack (Duane), Sherman, Texas, Robyn (Sam) Liddiard, American Fork, William (Lisa) Durrant, Vernon, Shelley McComack Durrant, Vernon, 33 grandchildren, approximately 48 great grandchildren and 4 great great-grandchildren. Siblings: Clyde’s wife, (Alice Pritchett), Orem, LaRue Larsen, Richfield, William C. Stringham (Marjorie) Woodland Hills, Norma Reynolds Christensen, (Clark) Elsinore. Funeral Services will be held on Saturday, April 9, 2016, 11:30 am, in the Vernon Ward Chapel, Vernon, Utah Friends may call to greet the family on Friday Evening, April 8, 6:00 until 8:00 pm, or Saturday 10-11:00 am.

To order memorial trees or send flowers to the family in memory of Mary Durrant, please visit our flower store.
Send a Sympathy Card