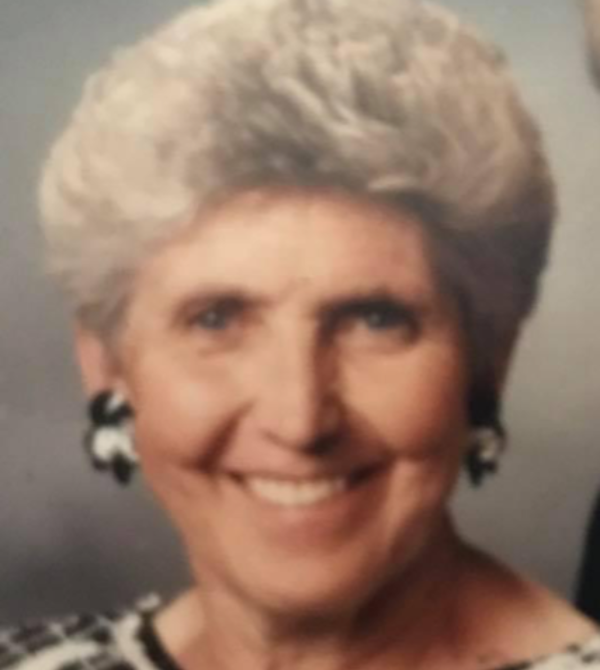 Lorraine Ometa (Atkin) Painter departed this life at the age of 89, surrounded by the love of her family, on Sunday, January 23, 2022. She was preceded in death by her parents; step-mother Irene Atkin; sisters Ina Atkin, Sandra Harris, and Claudann Loveless; brother Frank Atkin; her daughter Tammy Palmer; and her husband of 69 years, Darrell Painter, who affectionately called her Rudolph because she was his “Lorraine, Dear.”

She was born on July 3, 1932, in Tooele, Utah. Lorraine’s mother, Ometa Atkin, was
known for her fierce love of family, resourcefulness, and her beauty. Her mother
was not a woman who shied away from work or doing the right thing. Her father,
Claude Atkin, was a historian known for his talents as both a silversmith/jewelry
artist and a painter. Lorraine was the best of both of them: she was an astonishingly
hard worker, a talented painter and baker, and an incredible giver.

She not only grew up in Tooele, she was an integral part of the community. She was
a cougarette at BYU prior to marrying Darrell Painter in the Salt Lake City temple.
They raised six children in Tooele, and then she helped to raise her grandchildren
and great-grandchildren here as well. She was a cherished member of The Church of
Jesus Christ of Latter-Day Saints, for which she served a mission at the Stockholm
temple in Västerhaninge, Sweden. Additionally, she earned a Silver Beaver award for
her significant contributions to the Boy Scouts of America.

When you walked into her home, you were always asked if you were hungry; the
house was filled with the smell of fresh baked goods or meals cooking on the stove.
Often, neighbors would stop in to sneak pieces of candy from the crystal dish she
kept next to the front door—it didn’t matter if anyone was home. You were welcome
to it; it was meant for you. No one was a stranger to her husband, Darrell, but it was
Lorraine who kept the candy dish filled. It was Lorraine who baked the ginger snaps
that brought everyone home to sit awhile, to eat, to share stories.

When we lose someone important to us, we tend to offer lists of accomplishments or
general facts of their lives. But for Lorraine, a sterile list of achievements will not
suffice. Instead, let us describe the excitement of little girls trying to sit still on the
floor while she pulled their hair into French braids so tight they couldn’t blink. Or
the pure delight she created out of what seemed to be bare cupboards suddenly
turned to cakes. (There were always two—one for us and one for someone in town
who needed cheering.) No matter what bedraggled art project, very expensive
sweater, or important new thing you wanted to show her, she earnestly responded
with, It’s the most beautiful thing I’ve ever seen in my entire life.

Imagine the smell of bubbling hot fudge made as a special treat right before a late
bedtime. And don’t forget the phones ringing all around town as family members
called one another to sound the alarm: she’s got underwear on her head for a hair
net, she’s making bread, hurry—hurry—to the house and get yourself a warm slice
with butter before your siblings or cousins beat you to it. Let us explain that her love
has a distinct smell. It is yeast and butter and old man’s salve, the homemade and far
superior version of Vick’s Vapor Rub. It is the smell of cut grass overrun with clover and the heft of a bright checkered quilt tied with yarn, pulled to our chins. It’s the whish-whisk of her grandchildren’s feet wriggling in sleeping bags while she recounts the fairy tale One Eye, Two-Eyes, and Three-Eyes or sings “The Man in the Moon.” Her love is the call from inside the house as the door is already slamming, reminding you to put on shoes because the bees will sting. It’s the way she cuddled up next to you on the porch out back and said, We get that nice breeze from the canyon, which always meant, I’m so glad to be here with you.

May all of us that loved her learn from her immense kindness. Don’t merely offer
your last cup of flour, your last pinch of sugar—bake the whole cake, use the good
cocoa, add the extra walnuts. Let no one in your home or your community go
hungry—for cake or for care.

A viewing will be held on Saturday, January 29, 2022, from 10:00 to 11:30 a.m. at
The Church of Jesus Christ of Latter-Day Saints, Tooele Eleventh Ward, 180 South
Coleman, Tooele, Utah. Graveside services will follow at Tooele City Cemetery.

View the graveside services live by clicking on the following link around noon on Saturday, January 29th:

To order memorial trees or send flowers to the family in memory of Lorraine Painter, please visit our flower store.
Send a Sympathy Card