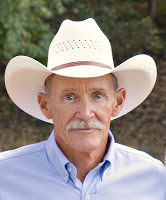 
Lorey Walters, our beloved husband, son, father, brother, and grandpa, passed away at home unexpectedly on May 2nd. He was born March 4, 1952, to Donald D. and Joyce Reynolds Walters in Tooele, Utah. His father passed away soon after his birth and was raised by Clyde “Chug” Rydalch. He was married to Pam Westring and had three beautiful daughters, Mandy, Katie, and Chelsy. He and Pam were later divorced. He later married Colleen Urry and inherited two more daughters and two sons. He served in the Army National Guard during the Vietnam War era. He was currently employed as a crane operator at Deseret Chemical Depot and planned to retire in June. He won the Past Champion Bull Rider competition in Manti in 1988 and proudly wore the belt buckle he had won that day. He lettered in baseball, football, and wrestling in high school. His hobbies included raising horses and farming, and he loved spending time with his children and grandchildren. He served several years as the Vice President of the Grantsville rodeo club spending countless hours helping the youth of the club. When it was required the rodeo club have two arenas, he got busy and built the second arena. He spent many hours taking his daughters and other rodeo club youth to High School rodeo competitions throughout the state. He is survived by his wife Colleen Walters, his children Amanda(Rick)Saunders, Katie(Ryan) Marshall, Chelsy Walters, Teara(Matt) Manzanares, Jonathan Spencer, Cody(Kelli) Spencer, Mindy(Bryan) Williams, His Mother Joyce Rydalch, Sister Linda(Randy) Sloan, Brother George Rydalch, many nieces and nephews, eighteen grandchildren and one great grandchild, and his devoted canine companion, Desi. He is preceded in death by his father and step father, and two grandchildren. A viewing will be held at the Durfee St. LDS Chapel in Grantsville on Wednesday, May 8th from 6-8 pm. There will also be a viewing one hour prior to his funeral on Thursday May 9th from 10-11am, with funeral services starting at 11am. Interim will be at Grantsville City Cemetery. This is where the cowboy rides away, we love you and you will be greatly missed by all.
To order memorial trees or send flowers to the family in memory of Lorey Walters, please visit our flower store.
Send a Sympathy Card