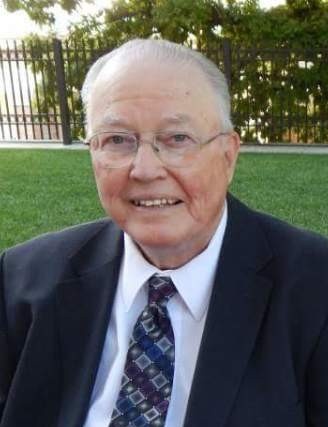 Leslie Howard Garrard,  80, passed away peacefully at his home on a beautiful Sunday morning, March 4, 2018. He was born March 9, 1937 in Murray, Utah to Harold Edwin Garrard and Myra Ruth Vorwaller. He graduated from Tooele High School and Salt Lake Technical College, and worked at Kennecott as a boilermaker. He married the love of his life, Janet Lucille Johnson, July 19, 1957. They were sealed in the Salt Lake temple April 30, 1968. He was a loving father and grandfather and enjoyed being surrounded by family. He was a faithful member of the LDS church and served in many callings including counselor in the bishopric and scout master. In his younger years he enjoyed duck hunting, deer hunting, camping, fishing, farming, and car shows. Les is survived by his wife Janet, children Jim (Patti), Jennifer (Roy), Howard (Wendy), Kristine, Troy, Kendall (Tina), Kevin (Gail), and Jeremy, 18 grandchildren and 20 great grandchildren, sisters in law Marjorie Garrard, Eileen McCumber, Pam Hilton (Ray), Wendy Harry (Joe), Vanessa Pinkston (Howard) and many special nieces and nephews. He was preceded in death by his parents, brothers Duane and Richard, sister Linda Carlson, in-laws Jim and Olive Johnson, a son Greg, daughter Ellen, daughters in law Pat and Shanna, grandson Jared Garrard, sister in law Pat Green, and brother in law Keaton McCumber. Many thanks to Rocky Mountain Hospice and the many compassionate individuals who helped care for Les. A viewing will be held Thursday, March 8 from 6-8 p.m. at the Lake Point ward, 1366 Canyon Road, Lake Point, Utah. Funeral services are scheduled on Friday,  March 9 at 12:00, with a viewing before from 10:30-11:30.

To order memorial trees or send flowers to the family in memory of Leslie Garrard, please visit our flower store.
Send a Sympathy Card