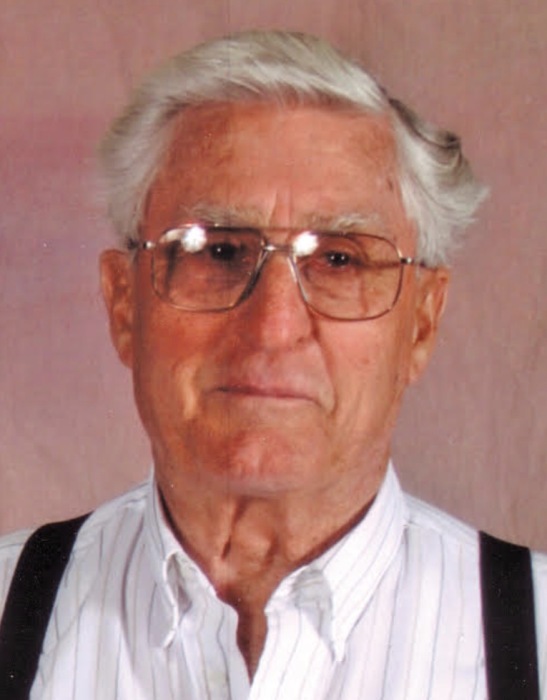 LaVerl James Johnson passed away peacefully at home in the arms of his sweetheart, June Johnson, on August 30, 2021.

Verl was born in Newton, Utah on June 19, 1932 to Ophelia Ann Mantlo and James Johnson. He grew up in Smithfield, Utah and Preston, Idaho.

Verl served in the Air Force during the Korean War from 1950-1953. He was very proud to serve his country.

In 1958, while working in Salt Lake City, he fell in love and married June LaNae Bradshaw.

He started in communications and worked as a civil servant for 33 years at Dugway Proving Grounds. After retiring, he continued working at Tooele Army Depot for 15 years.

Verl was a lifelong member of The Church of Jesus Christ of Latter-Day Saints. He served in many positions, including Bishoprics, as a Stake Missionary, and other numerous callings. He had a strong testimony of the gospel and the Savior Jesus Christ.

He enjoyed spending time outdoors with his family, which included camping, hunting, fishing, scouting and gardening.

He is preceded in death by his infant son, Scott J. Johnson; his parents, and 7 siblings.

A viewing will be held at the LDS Church on 81 North Church Street, Grantsville, Utah, on Wednesday, September 8th at 10:00, with the funeral following at 11:00. A graveside service will
be Thursday, September 9th, at the Beaver City Cemetery at 11:00. Family and friends are invited to attend either or both services.

A special thanks to Larry Rust, Todd Fawson, Jim Holt and Bishop Averett for their service at this time of crisis.

To order memorial trees or send flowers to the family in memory of LaVerl Johnson, please visit our flower store.
Send a Sympathy Card