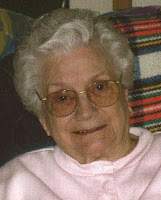 Laurel Belnap Taylor
Laurel Lorraine Belnap Taylor, 89, passed away peacefully on Sept 5, 2011 at the home of her loving daughter and son in law Andrea and Abraham Zwygart in Grantsville, Utah. Funeral services will be held at 9 am on Sept 17 in the Buckley, Washington chapel of the Church of Jesus Christ of Latter Day Saints, followed by burial in the Buckley City Cemetery. She was preceded in death by her husbands Woodruff Belnap of Buckley, Washington and Richard Taylor of Weaverville, California. She is survived by her six children, Kristine (Leslie Cooley) Jensen of Monterrey, CA; Timothy (Shelley) Belnap of San Diego, CA; Samuel (Geralda) Belnap of Indianapolis, IN; Danette (Vincent) Hopkins of Camarillo, CA; Jen (Lance Curry) Ferguson of Castle Rock, WA; Andrea (Abraham) Zwygart of Grantsville, UT; 15 grandchildren and 6 great-grandchildren; brother, Winston (Bill) Jensen of Pebble Beach, CA.

Laurel was born on May 21, 1922 in Basalt, Idaho to Doyle S Jensen and Ruth Isabel Zimmerman. She graduated from Emmett, Idaho High School. She married Woodruff L Belnap on January 28, 1955 in Renton, Washington and they were sealed in the Salt Lake City Temple later that year. Together, they raised a family of six children while living in Kent WA, Decatur AL, and Buckley, WA. Mom enjoyed being the homemaker to her children and husband. She enjoyed gardening, canning, and playing the piano. She was a faithful member of the LDS Church and served in many leadership positions in the womens' organizations. After Woody passed away in 1985, she served as a missionary in the Philippines. In 1998 she married Richard W Taylor, her widowed brother in law and moved to Weavervile, Ca. She lived with her daughter Andrea's family in Washougal, WA and Grantsville, UT for the last five years of her life. Services entrusted with Didericksen Memorial 435-277-0050.


To order memorial trees or send flowers to the family in memory of Laurel Taylor, please visit our flower store.