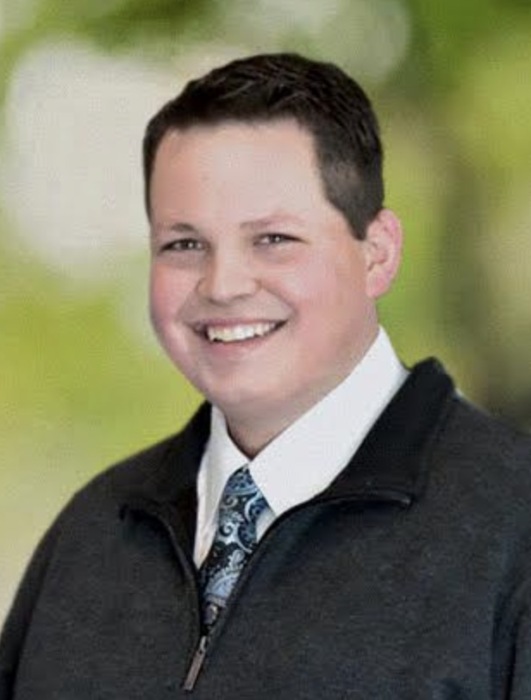 It could be said of him, “He went about doing good.”

Kyle Loren Anderson returned to Heavenly Father on July 31, 2021 … just 29 years after he was born to Loren Harvey Anderson and Jolynn Anderson on April 6, 1992. He was a beautiful dark, curly haired boy who had a smile that changed the world!

Kyle possessed a spirit that is rarely found, let alone found in a man so young. He had a spirit of pure service. He wanted to help everyone around him and that’s exactly what he did every day of his life, and he loved every second of it!

Kyle loved working, but never considered it work because it brought him so much joy. He started his first job at Westside Auto at the age of 14 and worked for many companies throughout his life. He believed in giving 100% and then 100% more. That work ethic earned him the respect of managers and coworkers alike.

When Kyle wasn’t at work, he was still working. He gave freely of his talents, resources and especially his time. He loved to purchase awesome things, like trucks, trailers, tools and even a Skid-steer. But they weren’t really for him, they were to help him help others. He was known to help everyone, even strangers. Once he drove a family with car trouble to their home in Northern Utah and when they tried to pay him, that was out of the question!

Kyle loved to read and loved to learn. He was a 2010 graduate of Grantsville High School. He continued his education as he became certified in many areas, including his CDL. His favorite kind of learning was “figuring it out.” As a young boy he would take everything apart, from toasters to lawn mowers. He would see how they worked, then put them together again. As Kyle grew, he found he could fix anything and if he couldn’t, well he would “figure it out.” He was the guy everyone would call for help. Those calls were always answered with a “yes” and a smile.

Kyle loved helping whenever and wherever he could. This was especially true when it came to the football field at GHS. It was his pride and joy. He donated countless hours to stripe the field before every game. His efforts were applauded by the officials as they admired the exactness of his work.

Kyle worked hard but he also played hard. His life was full of adventure and fun. He loved to be outdoors and enjoyed hunting. He cherished the moments spent with his grandpa, rebuilding old tractors and was honored to be his driving partner for their many hay runs to Fillmore.

Kyle loved people. His big smile was as contagious as his personality. He considered everyone a friend and in turn, he was deeply loved by so many. He was generous to the core and found great joy in leaving big tips and secretly paying the tab for others.

Kyle was a member of The Church of Jesus Christ of Latter-day Saints where he earned his Eagle Scout award. He exemplified what a scout should be … loyal, helpful, friendly and kind… to everyone he met.

Kyle loved his family. He leaves behind the love of his life, Kassidy Coates and the little girl who put a twinkle in his eye and called him “her Ky-Ky,” Maren Coates … the two who were honored to call him “son,” his parents, Loren Anderson and Jolynn Anderson … the two who got to call him “brother,” Hillary Hawker and J.D. Anderson … the two who lovingly called him “grandson,” Frank and Kaye Sweeting … and the boy who called him “uncle,” Landon Hawker. He will also be deeply missed by his beloved dog, Colt … many uncles, aunts and cousins … and friends too numerous to count.

Greeting him in Heaven were his Grandparents … Bill and Daryl Johnson, and Harvey Anderson.

Memorial services will be Saturday, August 7, 2021, at 12.00 PM. A viewing will be held Friday, August 6th from 6:00-8:00 PM and one hour prior to the funeral, beginning at 11:00 AM. All services will be held in the Grantsville Utah West Stake Center located at 115 E. Cherry Street. A livestream of the funeral will also be available for those unable to attend in person. Internment at the Grantsville City Cemetery.

Services can be viewed online by clicking on the following link and selecting the "Grantsville 9th Ward."

Kyle was involved in a tragic automobile accident that took his life. His family would like to express their deepest love and gratitude to the first responders and to Didericksen Memorial for their gentle and loving care.

To order memorial trees or send flowers to the family in memory of Kyle Anderson, please visit our flower store.
Send a Sympathy Card