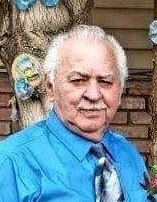 Joseph D. Walker of Tooele UT quietly left this world on June 25, 2018 surrounded by his family and friends, after an extended illness. He was born March 21, 1941 in Norman Oklahoma.

Joe was preceded in death by his 2 younger brothers and a great grandson. He is survived by 1 younger brother James Phillips (Lynn), and 3 younger sisters Edna Shaefer, Edie Phillips and Kay Wagner (John).

After moving with his family to California where he met the love of his life, Nora Dunn. They were married on October 11, 1959 and shared 59 wonderful years together. Together they raised 2 children, Deborah (Steve) and Daniel (Becky). Joe also enjoyed his 11 grandchildren and 14 great grandchildren as well as many nieces and nephews.


During Joe’s life he showed an ability to master anything that he chose to do. Joe was involved in the early space program with NASA, developing the very first satellite. From there Joe moved to Tooele where he worked in construction. Later Joe achieved his dream job of law enforcement, working for the Tooele Sheriff’s Department for 25 years.

We, his family are his legacy. We will miss you, but we know that you are in a better place.

To order memorial trees or send flowers to the family in memory of Joseph Walker, please visit our flower store.
Send a Sympathy Card