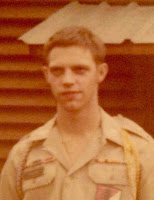 John Wayne DuBois, age 69, died December 3, 2015 at Woodland Park Care Center in Salt Lake City Utah, after a car accident left him fighting everyday to come home three months shy of two years. John was born October 29, 1946 in Portland Oregon to Hubert and Pearl DuBois. He was the youngest of 5 children. There was Alice, Don, Hughie, Doris and then Wayne, as his siblings called him. In 1980, he met the love of his life, Andrea Medrano, and they were married July 10. He cherished his family and children Angela & Brent Valdez, David DuBois, and youngest daughter Cindy Medrano. They were his whole world until his grandchildren came along. Travis Johnson, Trevor Johnson and his little shadow, Jessica Johnson. John was a veteran of the Vietnam war and worked for the Tooele Army Depot as a medic until he retired in 2009. During all his time here in Grantsville he was very active in the VFW, where he held all positions from treasurer to Post Commander before it recently disbanded. He was always the man everyone could count on to always be there to help with anything! Be it someone who was broken down on the side of the road or any of his nieces or nephews! He was always there and unforgettable! Celebration of his wonderful life will be Thursday, December 10, 2015 at the LDS church (428 Hale St, Grantsville, Utah) viewing from 10:30 - 11:30, services at 12:00 with a luncheon following the graveside service at the church with an open mic for all the great stories of daddy! Services entrusted with Didericksen Memorial, 435-277-0050.

To order memorial trees or send flowers to the family in memory of John DuBois, please visit our flower store.
Send a Sympathy Card