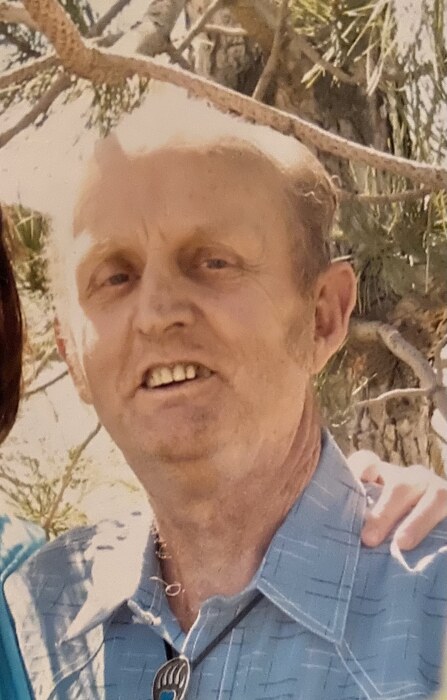 Jerry was born in Park City, UT, May 5, 1942, to Dwayne and Nola May (Young) Gordon. He was the fifth of 8 children. His siblings are Beverly (Wesley) Golson, Keith, Kent (Cheryl), Glen (Marcia), Judie (Gary) Campbell, William (Bill), and Sue (Vern) Shumway. The family lived in various mining communities in Utah and Colorado. Jerry graduated from Grand County High School, Moab, Utah. He then joined the Navy where he served 8 years during the Viet Nam War. His most told story of his time in the Navy was his experience of being on the USS Enterprise when It caught on fire. It was quite an experience for him.

After leaving the navy, Jerry had several different jobs. He was a miner, oil rig worker, cook, janitor and cashier. He made great friends along the way.

In 2009, a cute lady moved in across the street and he set his sights on her. He and Shari Shumway were married June 27, 2009. He enriched her life, and they spent many hours exploring the state together, playing Pinochle and watching the 49ers. He could often be found tinkering around the house. He was a hard worker and always needed to be moving. He will be missed.

Jerry is survived and missed by his wife Shari, brother Glen (Marcia), sisters Judi, and Sue (Vern), many beloved nieces and nephews, and friends. He is also survived by brothers in law Vic (Robin) and Scott (Lisa). He was preceded in death by parents Dwayne and Nola, siblings Bev, Kent, Keith, and Bill. Also preceded by Shari’s grandmother Dorothy, mom Pat, and stepdad Phil. He helped Shari to care for them. There will be a wonderful reunion in Heaven.

In lieu of flowers, donations may be made to www.lbda.org (Lewy Body Dementia Association) or www.michaeljfox.org (Parkinson’s research) or your favorite charity.

To order memorial trees or send flowers to the family in memory of Jerry Gordon, please visit our flower store.
Send a Sympathy Card