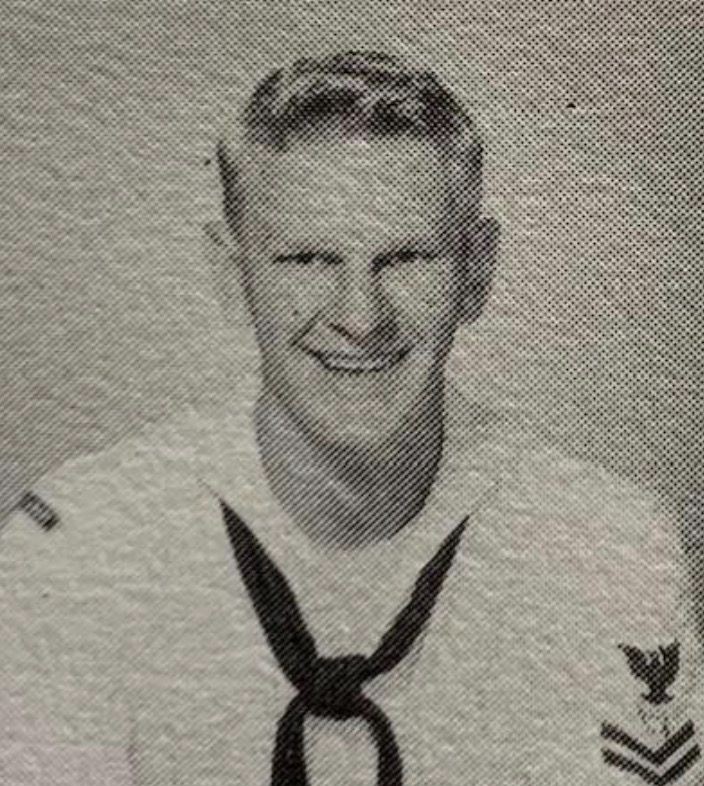 In loving memory of James “Jim” Dean Nielsen, born January 30, 1943, and died June 3, 2022. Jim was born in Dannebrog, NE to Alvin and Sylvia Nielsen. He was the youngest of four siblings.

Jim entered the Navy in February 1960, a month after he turned 17 yrs. old.  He was stationed at sea on the USS Kenneth D. Bailey as a Radar Equipment Operator (RD3 Radarman). He served during the Vietnam War where he suffered injury but carried on and completed his tour. He was honorably discharged in February 1966.

After he returned from the Navy he met and married his first love Anne McDuffie. They share two beautiful daughters, Debbie and Laurie.

He began his career as a milkman and then went on to start his truck driving career where he traveled all 48 states. He took a job opportunity in Northern California with Wylie Logging Inc. where he met and later married his third wife Christine Wylie.

Life took him back to his hometown of Aurora, NE where he started working as a farmer with his longtime friend Andy Jensen of Jensen Farms in Aurora, NE. He farmed for a few years then eventually went back to trucking, working for Kline trucking then G.E. Eberly and Sons in Aurora, NE.

He then moved to Omaha, NE with his girlfriend Judy Harris, after her passing in 2000 he moved to Tooele, UT and in 2004, he started driving for his daughters’ company Mart Transport where he retired.

Jim loved the outdoors as he grew up on a farm. He ensured his children knew the importance of taking care of themselvesand family through the land. He enjoyed hunting, fishing,logging the Redwoods and ultimately spending time with his children and grandchildren.

Jim was a great friend to many and always loved to visit with friends and meet new people. He enjoyed hearing their stories and sharing his own. He was a big fan of The Righteous Brothers and Neil Diamond which he shared with many who knew him.

Jim loved his family and was always there for them. It breaks our hearts to lose him, he was one in a million and will be greatly missed.

He was preceded in death by his parents Alvin and SylviaNielsen, a brother Marvin Nielsen, a sister Betty Olsen, and his two sons Michael Lanphear and Mark Nielsen.

To order memorial trees or send flowers to the family in memory of James "Jim" Dean Nielsen, please visit our flower store.
Send a Sympathy Card