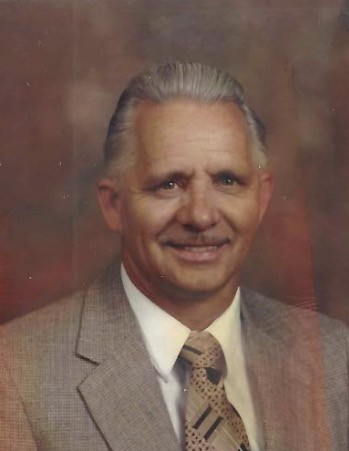 James LaVon (Jim/Von) Hendricks passed away peacefully at home in Grantsville, Utah. Von was the first child of 7 born to Ione Sant and James Alva Hendricks in Pocatello, Idaho where many of his siblings still reside. He attended Pocatello High School and was a member of the Idaho Plumbers/Pipefitters Union #648 from 1955-2021. He was married to Connie Gleason on December 19th, 1966 and was sealed to her as his eternal companion on June 12th, 1970 in the St. George Temple. They enjoyed a romance that lasted 54 years.
They became world travelers through Von’s profession as a Superintendent Welder. Some of the job site locations included: Kuwait, Venezuela, Puerto Rico, South Africa, Korea, Thailand, Saudi Arabia, Indonesia, and the Philippines with many others located throughout the United States. He was well known for his high-quality work and integrity of character.
He faithfully served as an ordinance worker with his wife in the Nevada Las Vegas Temple for the Church of Jesus Christ of Latter-Day Saints and enjoyed fishing, hunting and tinkering in his garage on his own time. -If it broke, “Give it to grandpa!” He could fix anything!- He loved being known as “Grandpa Hendricks” and “Uncle Von” to numerous children who adored him in his LDS Sun Valley Ward in Las Vegas, NV and throughout his extended family!
He was preceded in death by his mother Ione Sant Hendricks, his sister Colleen Pritchett, and his father James Alva Hendricks.
He is survived by his wife, Connie Gleason Hendricks, his daughter Jeanne Hendricks, Jody (Richard ‘Skip’) Gardener, James Ray (Kath Anne) Hendricks, Julie Bachmann, James LaVon (Hollie) Hendricks, Erick Earl (Holly) Hendricks; his brother Dennis (Bonnie) Hendricks: sister Mary (Bill) Roberts, brother Gene (Marlene) Hendricks, brother Bruce Hendricks and sister Renae Bettenhausen; 18 grandchildren- Brandy, Mandy, Shane, Tess, Branson, Zachary, Aubrey, Austin, Caitlynn, Jace, Isabelle, Ashlyn, James Lynn, Rachel, Rebekah, John, Marcus; and 5 great-grandchildren- Salma, Roman, Candace, Marquessa, Brandt; and numerous cousins, nieces, and nephews all of whom he loved dearly.
Services will be held in the Grantsville 10th Ward (81 Church St, Grantsville) on Friday, September 10th to include a Viewing from 10:30-12:00 (beginning at 10:00 for close family and friends) followed by a Family Prayer and Closing of the Casket from 12:00-12:30 with a luncheon preceding the Interment in Park City Cemetery, Utah.
To order memorial trees or send flowers to the family in memory of James Hendricks, please visit our flower store.
Send a Sympathy Card