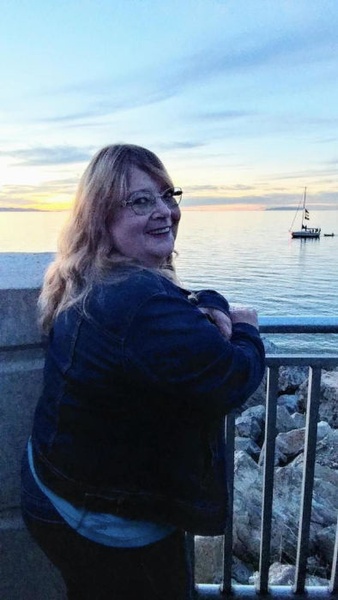 Jackie Lee Turner's Higher Calling
Jackie Lee Turner, age 65, born June 3, 1953, wife of James Douglas Turner was at her home in Grantsville, Utah, Wednesday May 22, 2019 when she got a call she couldn't refuse as they told her that her mission on this Earth has an advancement program. She said yes and is now teaching others in Heaven. She was born, raised and sealed in the LDS church. She had pain for 63 years of her life. Now she has none. She was preceded in a higher calling by her husband James, Douglas Turner; daughters, Brenda and Michelle Nielsen; son, Richard Nielsen; both her brothers, Tracy and Karl Freeman; sister, Raneda "Nita" Holtman; her brother-in-laws Glen Holtman, JoeBob Turner, Jack Turner, Earl Turner and both her parents Edward and Madyline Freeman. She is survived by her daughter Mariah Tarness (Windoka) and their family; son J.D. Turner (Emily) their family; her adopted daughter Maddie Freeman; stepdaughter Gloreen Fredrickson; stepson James Wilding; and their families; her 11 grandkids and 5 step-grandkids in total; Friends T-pring, Joanna, Mike, and many more friends and family. She will be missed dearly. She would not want us to mourn her but celebrate her life. Jackie could make anyone smile. She had a very strong testimony of God and His love. She was out going, down to earth, had a quirky sense of humor, stubborn, loving and a humble person. Jackie would say be kind to one another and mourn not for me, for you know not what tomorrow brings.

To order memorial trees or send flowers to the family in memory of Jackie Turner, please visit our flower store.
Send a Sympathy Card