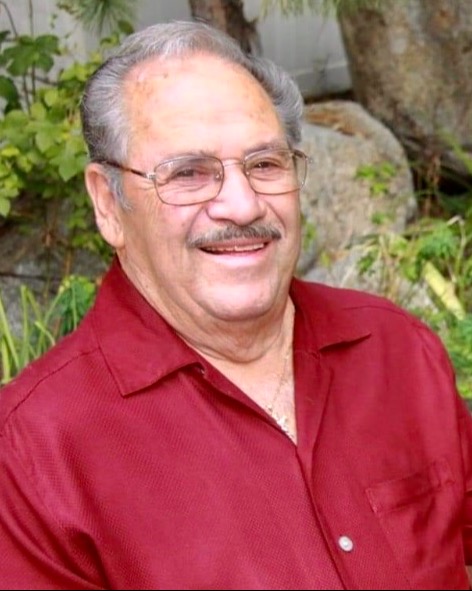 It is with deep sorrow and heavy hearts that we announce the passing of our beloved Isaac Jose Polaco (Ike), age 90, of Tooele, Utah. He passed away peacefully, surrounded by loved ones on Thursday, December 29, 2022. Ike lived a rich and fulfilling life before he was welcomed into heaven and greeted by loved ones.

Isaac Polaco was born on February 29, 1932, in Park View, New Mexico to Ruby and Theodore Polaco.

He became a proud member of the Armed Forces of the United States of America and served in the Army during the Korean war.

He met the love of his life Otilia Polaco (Tillie) on a blind date, they married shortly after and were happily married for 61 years raising 4 children together. He was a devoted husband and loving father who led by example with his family being his pride and joy. Ike and Tillie moved to Tooele, Utah in 1967 to pursue his career at the Tooele Army Depot, where he retired. They spent most of their life in Tooele raising their family and building lifelong friends.

Ike loved spending quality time with his family and having his adoring wife Tillie by his side through all life’s ups and downs. He enjoyed simple pleasures such as fishing, hunting, camping and being outdoors. He was self-taught on the guitar and played beautifully, singing with the most wonderful matching voice. Ike truly lived life to the fullest and never missed out on an opportunity to party. His beautiful and most contagious smile would light up any room and he had a way of bringing positivity to every situation, he was a jokester and loved making people laugh. Ike was a devoted Catholic who was very involved in the St. Marguerite Catholic Church where he ushered for many years.

Special thanks to many of the medical staff members at the “Our House” facility for their loving care, kindness and compassion towards Ike.

Services will be held at the St. Marguerite Catholic Church on January 13, 2023. Rosary and Funeral Mass begin @ 10:00 a.m., followed by the graveside service at the Tooele City Cemetery.

To order memorial trees or send flowers to the family in memory of Isaac (Ike) Jose Polaco, please visit our flower store.