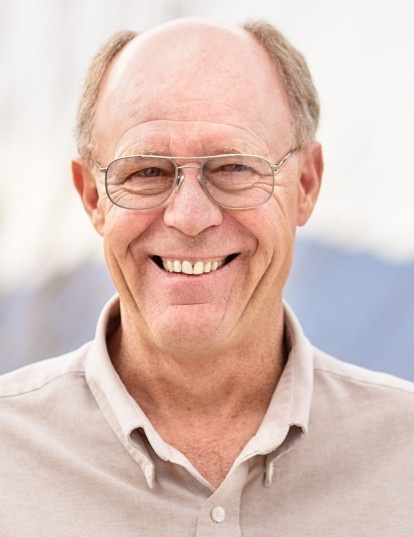 Gregory Bottelberghe, proud father of five children and treasured friend to many, died unexpectedly on June 9, 2018 at the age of 60.

Greg was born November 1, 1957, in Marshall, Minnesota, to Don and Marie Bottelberghe. After graduating from Southwest Minnesota State University, he moved to Lyons, Kansas to work at a salt production plant. His work eventually brought him to Grantsville, Utah. There he met his wife Sharon Anderson Bottelberghe and raised his children.

Greg's two great passions were hang gliding and ham radio. In 1993, he installed a distinctive ham radio tower at his home, which he used to talk to people around the world from his basement, using the call sign KG7QT. In the late 90s, he discovered hang gliding and developed a fascination with soaring over the mountains and valleys of Utah's deserts. In this pursuit, he met many new friends who knew him as 'Berg' and who became a very important part of his life.

Greg's greatest joy and achievement was raising his five children to be successful, by teaching them the value of hard work and by being an example of someone who helps the people around them.

He is survived by his wife Sharon, his children (and their spouses) Eric (Monica), Isaac (Lauren), Jacob (Camilla), Thomas (Heather), and Kate, his parents Don and Marie, his brothers Richard, Rolland and Gary, four grandchildren, and many nieces, nephews, and cousins. He is preceded in death by his brother Mark and sister Joan.

Visitations will be held Friday, June 15th from 6-8pm and Saturday June 16th from 10am-11am, with a memorial service following at 11am, at Tate Mortuary, 110 South Main St, Tooele, Utah. In lieu of flowers, you may make a donation to assist with memorial expenses at www.gofundme.com/bottelberghe.

We love you Dad, and we will always remember to "Work Hard, Play Hard!"

To order memorial trees or send flowers to the family in memory of Gregory Bottelberghe, please visit our flower store.
Send a Sympathy Card