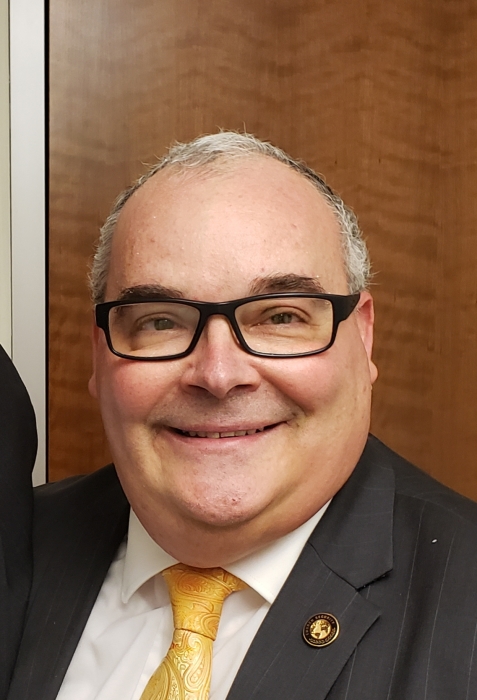 Gianni was greatly loved and respected by friends, family and coworkers. People were drawn to his big smile, booming voice, infectious laugh and generous heart. He had a great sense of humor, which continued during his illness. He loved to cook Italian food and often fed family, friends, coworkers and even catered his own chemotherapy appointments. Gianni was passionate about many things – he loved the Second Amendment, his beloved soccer team, AC Milan, the Kansas City Chiefs and he adored his wife, whom he referred to as his Queen. Most of all, Gianni loved his Heavenly Father and Jesus Christ and was a lifelong member of the Church of Jesus Christ of Latter-day Saints. He had complete faith in Heavenly Father’s plan for him, especially throughout his illness, and inspired many people with his testimony.

Gianni was born on January 20, 1966 in Taranto, Italy to Antonio and Antonia Delle Foglie.

He developed an early interest in the military and at the age of 16 he went to NCO school for the Italian army as a master sergeant. After graduating from school, he was second in command
at a Special Warfare Unit in a parachutist brigade where he was a sniper specialist. Gianni was deployed 16 times and during one of those deployments he defended first responders when
the US Marine barracks were bombed in Lebanon in 1983. Gianni was later injured in a helicopter crash, which ended his military career.

After recovering from his injuries, Gianni decided to serve a mission for the LDS Church and was called to the Italian Milan mission (1986-1988).

Following his mission, Gianni began his career in the civilian security industry. He worked for 17 years in corporate security, including head of security for RAI State Television.

Gianni met his future wife, Dawn, and moved to Overland Park, Kansas to begin a life together. They were married on October 6, 2006 and sealed for time and all eternity in the St. Louis LDS
Temple on October 20, 2007.

Gianni quickly adapted to life in the United States and embraced the culture and the language. He proudly became a US citizen on July 4, 2012. He fulfilled a lifelong dream when he joined Protective Operations for the LDS Church in 2013 and moved his family to Tooele, Utah. He loved his job and cherished the relationships with his fellow officers.

(Maria Pia) of Talsano, Italy, Davide (Eleesha) of Vancouver, WA, Emanuele (Paola) of Verona, Italy and his granddaughter, Iris, of Milan, Italy. Gianni was proceeded in death by his father, Antonio Delle Foglie and his beloved dog, Joe.

Funeral Services will be held on Saturday, November 9 at 1 pm at the LDS Tooele East Stake Center located at 752 N 520 East, Tooele, UT with a viewing from 11 a.m. – 12:30 p.m. Funeral
arrangements are being made by Didericksen Memorial.

To order memorial trees or send flowers to the family in memory of Giovanni (Gianni) Delle Foglie, please visit our flower store.
Send a Sympathy Card