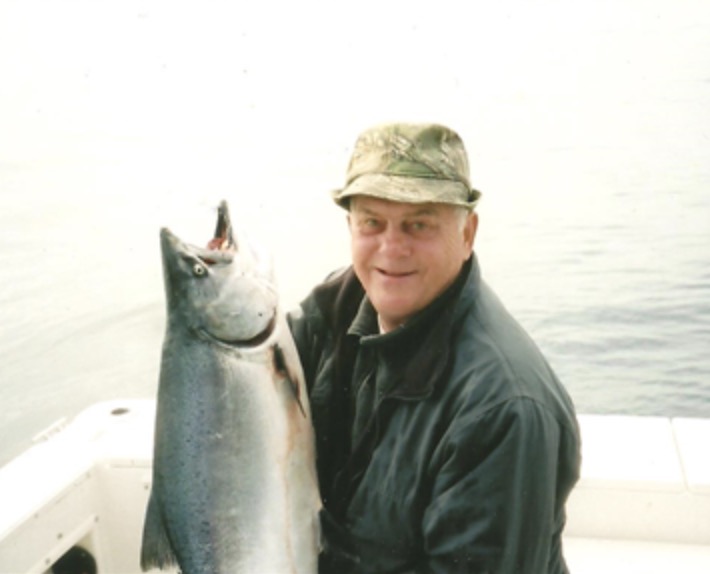 George J. Brown, 82, of Tooele passed away Thursday, December 26, 2019, at the University of Utah Hospital surrounded by his loving family.  He was born June 10, 1937 to George and Anna Brown. He grew up in Owensville, Missouri.  He graduated from Owensville High School and went on to serve in the United States Airforce and was honorably discharged.

In 1958 George married Chiyoko Watanabe at Itazuke AFB, Japan , and together they had two sons George and Donald.  Chiyoko passed away in May of 1999. In 2002 he married his second wife Jeanette Walker, who passed in 2015.

George was a miner for most of his career, in 1978 he moved to Tooele to work at Anaconda, when Anaconda closed he became a Security Guard at the Tooele Army Depot, from which he later retired.

George was a Utah Jazz fan, he loved to fish, camp and be with his family. He believed in God and was a member of St. Marquerites Catholic church.  One of his greatest joys was his dog Cher, who was his companion for many years.

He is preceded in death by his parents, both wives, brothers Donald and Eddie, sister Dorothy, and son Donald E Brown.

Funeral mass will be Friday January 3, 2020, at St Marguerites Catholic Church, 15 So 7th Street at 11:00 am with a viewing from 10 to 10:45 a.m.  Burial to follow at the Tooele City Cemetery.  We would like to thank the people that cared for him at Willow Springs Nursing home, the staff at the University of Utah Hospital and the Palative Care providers.   Your pain is gone you have been set free….we miss you but know that you are now with many loved ones that have gone before you.  Rest in Paradise Dad.

To order memorial trees or send flowers to the family in memory of George Brown, please visit our flower store.
Send a Sympathy Card