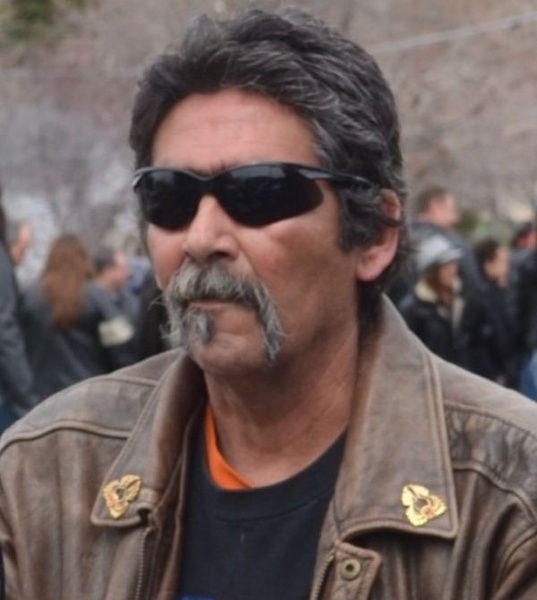 Kiko, 74, passed away February 23, 2022 at his Tooele home with his family by his side. Kiko was born on March 24, 1947, in Taos, NM to Jake and Gertrudes Aragon. Kiko grew up in Edmont with his brothers and sister. He married Gloria Rodriguez and together they had three sons Frankie, Paul and Anthony. He moved to Taos for work and although Kiko loved Taos, he missed being close to his family and ended up moving back to Tooele (Tortilla Flats). One of the greatest gifts Kiko ever gave his family was making every individual feel special, loved and protected. He loved to ride his Harley with his best friend and brother Roberto. Now Kiko, Anthony, Roberto and Eddie ride the highways of heaven together. Preceded in death by his Pops Jake Aragon, Sons Frankie and Anthony Aragon, Brothers Anthony, Roberto and Eddie, Grandparents Victor and Isabelita Graham and Donaciana Vigil. He is survived by his son Paul Aragon; mother Gertrudes, sisters; Tessie (Joe) Santistevan, Monica (Jose) Lozano, his special angel and loving niece Anjelica Keele, and his two princesas Mila and Arya , 7 grandkids and 26 great grandkids. Kiko was a loving Son, Brother, Dad, Grandpa and Tio. We love him and will miss him. We were blessed to call you family and friend Kik’. May you now have peace and grow under Gods care and guidance. Services will be held at 1:00 pm on Saturday March 5th, 2022 at St. Marguerites Catholic Church (15 S 7 th Street, Tooele , Utah).

To order memorial trees or send flowers to the family in memory of Francisco "KIKO" E. Aragon, please visit our flower store.
Send a Sympathy Card