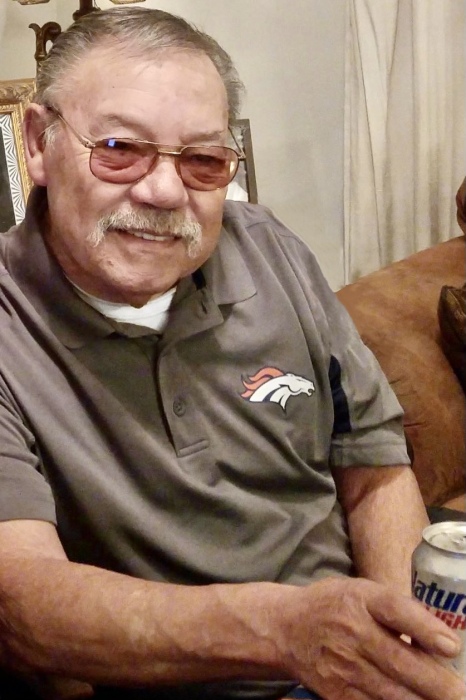 It’s difficult to summarize such a great man in just a few words. Francis N. Herrera (Frank/Poncho) was a devoted husband, loving father, grandpa, brother, uncle and loyal friend. To those who had the pleasure to know him, the twinkle in his eyes, his quick wit, sense of humor and ability to make people feel special will forever be remembered. Always transparent,  was the love he had for his family, especially his wife of 61 years.

He enjoyed camping, hunting, fishing and creating wonderful memories with his family. He had a successful career of 37 years at Tooele Army Depot as Maintenance Supervisor.

He passed away peacefully among family at his home in Tooele UT on Sunday, November 7, 2021. He was born on February 9, 1940, in Toas, NM. He married his childhood sweetheart, the love of his life, Marie Conklin Herrera and together they had eight children, Nick, Brenda, Delmeria, JoAnne, Tina, Charlene, Chris, and Roberta.

He is survived by his wife Marie and his six children, Nick, Brenda, JoAnne, Tina, Chris, and Roberta. Also survived by his three brothers Larry, Duain and Floyd Herrera. He is preceded in death by his daughters Charlene and Delmeria, his parents, Clodoveo and Vivian Herrera, his brothers Viviano and Clode Herrera and many other loved ones. He had twenty-three grandchildren and twenty-eight great grand-children.

Funeral services will be held on Tuesday, November 16, 2021, at St. Marguerite’s Catholic Church in Tooele, UT.  The Rosary will begin at 10:30am. Mass at 11:00 am. Interment at the Tooele City Cemetery.

To order memorial trees or send flowers to the family in memory of Francis Herrera, please visit our flower store.
Send a Sympathy Card