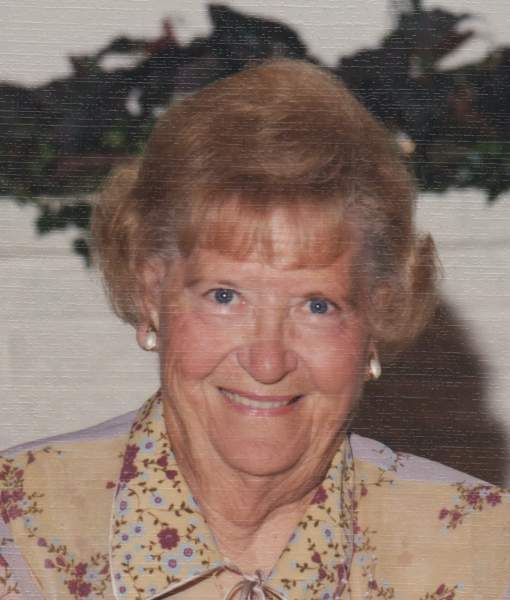 1919-2015
Ferne Snyder Matthews passed away peacefully on February 5, 2015, in Grantsville, Utah, at the age of 95. Ferne was born August 23, 1919, to Ernest and Gertrude Tripp Snyder in Tooele, Utah. She had a happy childhood and learned to be generous as she watched her father share what they had during the Depression Era. She did well in school and graduated from Tooele High and Seminary in 1937. She attended Utah State University and worked various jobs. She married the love of her life, Chester Harold “Skin” Matthews, on November 7, 1941, in the Salt Lake Temple and moved to Grantsville to reside on the family farm. They were blessed with two sons, Ernie and Paul. Tragedy struck when Skin died unexpectedly on May 10, 1962. When the boys were raised, they took over the farm and Ferne moved to Salt Lake. She went back to school and earned her LPN degree. She worked at LDS Hospital in the nursery for 25 years where she loved taking care of new moms and babies. She retired in 1989 and moved back home. She was an active member of the LDS church and Daughters of Utah Pioneers. Three things were important to Ferne: her family, her faith, and sharing food. She loved holiday parties and especially enjoyed preparing food for the deer hunters and cow hands. Even if you told her you weren’t hungry, she brought food. She enjoyed crocheting, quilting, telling stories, spoiling her grandkids, talking on the phone, decorating Skin’s grave, flowers, and the farm. Despite being a widow for nearly 53 years, she remained totally devoted to her husband and temple marriage. She was known as “Grandma Ferne” to many and will be missed by all who knew her. Ferne was preceded in death by her parents, husband, and siblings: Leroy, Mary, Emery, and Francis. She is survived by her sons, Ernie (Vicky) and Paul (Deanna), 8 grandchildren, 34 great-grandchildren, and one great-great grandchild. The family would like to thank everyone at Diamond Jane’s Assisted Living and Pine Mountain Hospice for their loving care. Funeral services will be held at 1:00p.m. on Wednesday, February 11, at the Grantsville Stake Center, 550 E. Durfee Street. A viewing will be held Tuesday evening from 6:00–8:00p.m. at the same location and prior to the funeral on Wednesday from 11:00-12:30p.m. Interment at the Grantsville City Cemetery.
To order memorial trees or send flowers to the family in memory of Ferne Matthews, please visit our flower store.