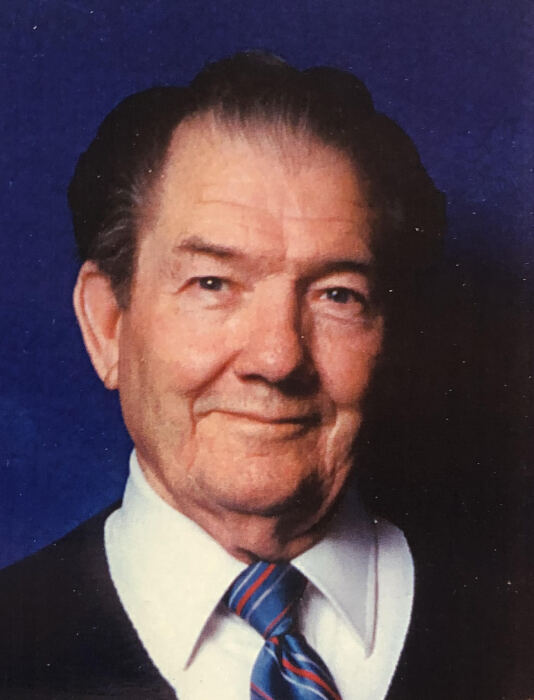 Farrell "Andy" Anderson, passed away on June 15, 2020 of causes incident to age. He was born in Grantsville on October 12, 1927 to Edna Barrus Anderson and Eugene Pehr Anderson. He was the 7th of ten children.

He enjoyed a small town upbringing before enlisting in the Navy during his final year of high school in order to serve in World War II. He served aboard the USS Kwajalein. He and every one of his brothers served in one of the country's armed forces. Farrell outlived all six brothers and three sisters.

He met his wife, Verniece (Rosenau) Anderson while living in Spokane, Washington. After their marriage, they returned to Utah and raised four children: Mark, Janice, Brent and Linda, all of Grantsville. He was preceded in death by his wife. He has eight grandchildren, fifteen great grandchildren, and four great great grandchildren.

Farrell worked in the world of finance and had great acumen with numbers. His friendly personality and engaging manner earned him many friends. He had a generous, trusting nature and often assisted those who were down on their luck. Farrell's sense of humor was a great asset in his life and his patience was well known among family and friends.

He was active in the Church of Jesus Christ of Latter-Day Saints and served as stake clerk to two stake presidents and served fifteen bishops as either ward or financial clerk during his lifetime.

Funeral services will be held Thursday, June 18, 2019 at 11:00 am at the Grantsville Stake Center (550 E Durfee Street). There will be a visitation one hour prior to the service at the same location. Interment will follow at the Grantsville City Cemetery. Services entrusted with Didericksen Memorial, 435-277-0050.

To order memorial trees or send flowers to the family in memory of Farrell "Andy" Anderson, please visit our flower store.
Send a Sympathy Card