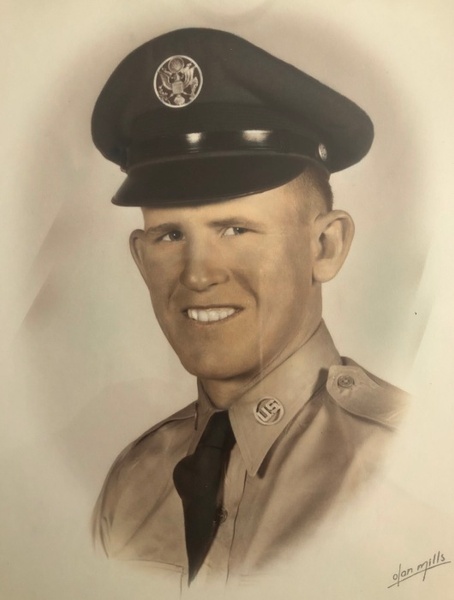 Evan LeGrande Coon passed away on December 20, 2020 due to causes incident to age. He was 88 years old.

Evan was born on November 24, 1932 to Joseph Earl Coon and Erma Estella Wilding in Hunter, Utah where he grew up on his family’s farm. Evan learned the art of farming from his father as they rode horses and herded cattle through Coon’s Canyon near Magna. He attended Cyprus High School in Magna, Utah. He met Janice Petersen who grew up down the road from Evan’s family, and they were married in October 12, 1956. Evan also served in the Air Force during the Korean War.

After Evan and Janice married, they moved to Erda where they raised their family and became a pillar of the community. Evan was well-known in Erda as an excellent farmer and cattle rancher. He served in many leadership positions in the Erda community as well as the Erda Ward of the Church of Jesus Christ of Latter-day Saints. Evan and Janice lived in Erda until 2008. They then moved to Annabella, Utah where they lived until 2016 when they came back to Tooele to be closer to their family. He was very excited to hear of the Church’s plans to build a temple across the street from where his farm in Erda used to be.

The family would like to thank the staff at Cottage Glen Assisted Living and the staff at Rocky Mountain Care for their compassionate care of our father and grandfather.

Graveside services will be Monday, December 28, 2020 at 1:00 pm at the Grantsville City Cemetery. Due to COVID-19 restrictions, a celebration of Evan’s life will be held at a later date.

To order memorial trees or send flowers to the family in memory of Evan Coon, please visit our flower store.