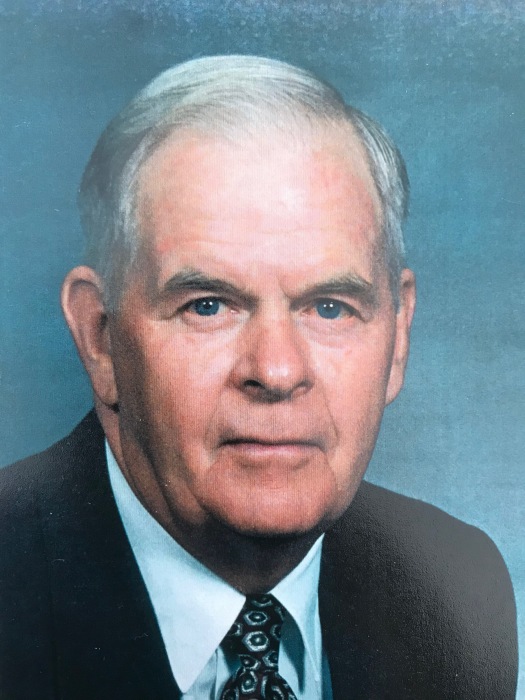 “Work hard”, “play ball”, “do your best”, “family comes first”, and “let that be a good lesson to you.” For those that knew Evan Glenn Crowther, those are familiar words that now summarize the life of a private man with a fiercely independent streak, underscored by a soft spot for the truly unfortunate. As has been said, “He never knew he was whipped…so he never was” and though his mortal sojourn finished on January 26, 2018, it is only the beginning for work, play and family association in the next arena. Though he has passed on, he still is not whipped.

“Flossie’s baby boy” was born to Thomas Orson Crowther and Minnie Florence Reynolds Crowther during early summer, June 4, 1928, in Sanford, Colorado and thus by circumstance became one of the “Greatest Generation”, and by choice a stalwart contributor of the same. As the youngest boy in a family of eleven children, he was schooled in farm work; cutting hay, threshing grain, shelling peas, herding sheep, and milking cows, often walking alongside his dad three miles to the fields in Richfield. When possible, he would steal away to play ball, any kind of ball, at which he excelled, basketball being his favorite. Evan never met a ball he couldn’t direct toward its purpose: free throws, home runs and spirals came naturally while ping pong, tennis and even golf were easy.

Evan’s tutoring continued as he matured. Daily toil in a modest rural home, a family tradition of hunting and fishing, and a culture of self-reliance prepared the raw gangly lad for his future. He forged a testimony of the restored gospel of Jesus Christ serving a mission to the Western States, spending time in South Dakota and “Ruidoso, Tularosa, Carrizozo and all points west” in New Mexico.

Following his mission, Evan met Wilma Ann Nielson of Romeo, Colorado and whisked her to Utah where they were married for time and all eternity in the Logan temple on July 16, 1951. They settled into an adobe two-room home on Main Street in Sanford, Colorado. A family was in the cards and Curtis Vaughn was their firstborn, arriving a year after marriage. Sadly, after a valiant month of life, he finished his mortal mission. Two darling girls, Dana and Tara, followed, and despite limited time and scant money, for them, dad was fun and games, a prince, quick to smile, grab their hands and skip across the road to Papa and Grandma Crowther’s house. With meager resources Evan and Wilma set about acquiring formal education, enrolling at Adam’s State College. For four years the couple struggled to balance school, work, and family; with both acquiring degrees; Evan, a B.S. in biology and physical education. To support his young family, Evan applied his calloused hands to farming with his brothers, working for the D & R G W Railroad, driving the Carnation Dairy truck, trucking milk to Albuquerque at night, and working for the Forest Service in Creede and Platoro in the summer.

Following graduation, adventure awaited and a road trip to the Bighorn Basin of Wyoming netted jobs in Cowley, Wyoming where Evan was in his element, teaching kids history and identifying as a three-season, three-sport coach, all while living in the grandeur of the Rocky Mountains. Coaching allowed him to mingle his love for ball with a natural knack for helping kids. Under his hands-on tutelage, he mentored the Jaguars to district championships followed by a deep run in the state tournament in both football and basketball during his second year of coaching. The family enjoyed an outdoor lifestyle, picnicing in Yellowstone, camping in the Bighorns, ice skating, and of course, attending ball games throughout rural Wyoming. Alas, new opportunity awaited in Idaho, and the family of four moved to St. Anthony, Evan teaching and coaching in Ashton. The following year, Evan was awarded a National Science Fellowship at the University of Utah for an advanced degree and once again the family moved, this time to Salt Lake City where he pursued and completed an M.S. in Science Education and certification in counseling.

Back in the job market, the couple planned on returning to Idaho, but found employment with Tooele School District and moved to Grantsville, Utah for one year, where Evan lived that one year, fifty-three times. Evan taught biology and picked up coaching once again. Shortly thereafter, Evan welcomed a boy, Blake Glenn, to the world and quickly began teaching him the finer points of handling a ball. Two years later Brent Evan arrived to complete the family. At this time Evan chose to transfer to Tooele High School to the counseling department where he happily interacted with students for the next 25 years.

Although the family lived and attended school in Grantsville, they relocated every summer, all summer, to “Toby’s”, a farm Evan and Wilma owned near Evan’s hometown of Sanford, Colorado. Evan loved thefreedom afforded by farming and knew the farm was a perfect place to teach his children the value of hard work, and so he did, and the kids learned to work. Each annual move was punctuated by his declaration that you could smell the fresh air of Colorado as the pickup crossed the border west of Grand Junction and his melodic rendition of “Don’t Fence Me In” echoed throughout the cab as the cold night air rushing through the open window kept him alert at night on the long drive. Over the next two decades, family life reflected Evan’s frugal financial philosophy. While prospering on work and love, Evan chose to focus on teaching the boys to hunt, fish, and play ball.

To order memorial trees or send flowers to the family in memory of Evan Crowther, please visit our flower store.
Send a Sympathy Card