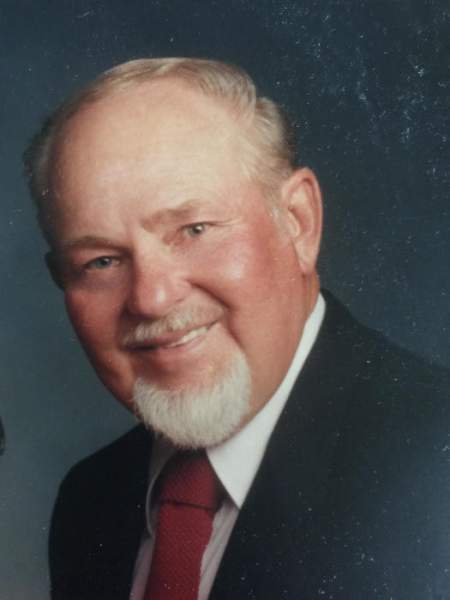 Ernest LaVar Gunderson passed away peacefully on April 28th, 2017 in Las Vegas, NV.  He was born June 28, 1929 in Salt Lake City, Utah to Henry Loren and Winnie Benson Gunderson. Moved to Vernon, Utah where he attended school until the 8th grade before moving on to Tooele where he finished high school.  After high school he served a full-time mission in the Upper States Mission. After returning home, he attended Henager Business College. In 1951 he entered the US Air Force and trained to be an electrician.  Retired in 1972.

Married Freda Livingstone and together they had two children, Lilian and Charles. Later divorced. In 1973, he married April, born to this union were sons’ Lonnie, RaVal and Kyle adding to the family of 3 boys they already had, which included Boyd, David and Johnny. Later divorced. He worked at Anaconda until it closed then worked at the Salt Lake Salt Plant.  Later met and married Lorraine Copeland in the Salt Lake Temple in 1988. From 1992-1994 they served a mission together in the Texas Dallas Mission.  Since then, they made their home in Las Vegas, NV.

To order memorial trees or send flowers to the family in memory of Ernest Gunderson, please visit our flower store.