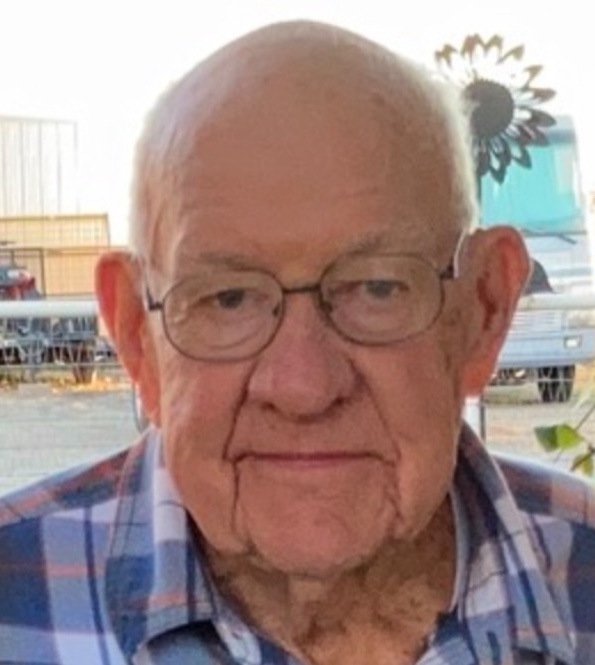 Ernest Robert “Bob” Carr, of Grass Valley, died March 26, 2022 in Tooele, UT where he had been residing with one of his daughters and her husband since August 2021. Bob was born in St. Helena, CA on October 11, 1923 to Alvin Benjamin Carr and Effie Beata (Goetsch) Carr.

The family lived in Stockton, CA from 1925 to 1928 where Bob’s father had his first Presbyterian Church pastorate. They moved to Lindsay, CA in 1929 where they lived until 1935. There Bob attended Washington Grammar School, first through sixth grade. From 1936 to 1937 the family lived in Morro Bay, CA where Bob attended Morro Bay School, seventh and eighth grade. In 1938 the Carr family lived in Berkeley, CA where Bob attended ninth grade at Berkeley Junior High School. Nineteen thirty-nine saw the family in Hollister, CA where Bob attended San Benito Union High School as a sophomore. In 1940 Bob’s father was assigned what was his last pastorate in Mountain View, CA. Bob attended Mountain View High School his junior and senior years and graduated June 1941.
While in high school and until 1942 Bob worked as an apprentice machinist and advanced machinist at various shops in the San Francisco Bay area, most notably, Formway Machine Shop, Martinsen Machine Shop, and Southern Pacific Railroad Locomotive Shops at Bayshore. While attending a Christian Endeavor Youth function in San Jose in 1940 Bob met Delta Rose Courtney who would be his sweetheart the rest of life.
On October 23, 1942 Bob enlisted in the U S Naval Reserve as a V-5 Aviation Cadet. January 15, 1943 he began pilot training in CPT status at Alturas, CA, and Susanville, CA where he flew J-3 Cubs, Ryan ST’s, and Fleet Biplanes. Bob then attended US Navy Preflight School at Del Monte and then Airship (Lighter Than Air – LTA) training at Moffett Field. By the end of 1943 he was assigned to further training at Lakehurst Naval Air Station, Lakehurst, NJ.
Prior to leaving for Aviation School, Bob had proposed to Delta Courtney and they were married March 2, 1944 at the Chapel of the Air, Lakehurst Naval Air Station, Lakehurst, NJ. That same day, Bob received his commission as Ensign and “Navy Wings of Gold.” He was attached to Airship Squadron 12 flying anti-submarine patrols. Just prior to VE Day, May 8, 1945, Bob was transferred to the Fourth Fleet Air Wing, Airship Squadron 42 which included duty in England and then Key West, FL, Abilene, TX and Elizabeth City, NC. During this time Delta and baby daughter Charlotte stayed in Elizabeth City, NC. Bob mustered out of the Navy December 1945, Delta and Charlotte flew home to Mountain View, CA and Bob drove there in their 1938 Oldsmobile with all their belongings.
Back in California Bob returned to Formway Machine Works, Los Altos as machinist-welder/owner. He was there for six years, 1945 to 1951, constructing and maintaining heavy industrial machinery, food processing equipment, and construction machinery. From 1951 to 1953 Bob worked at National Aeronautics and Space Administration (NASA), Ames Research Center, Sunnyvale, CA, as machinist and toolmaker. There he operated large machine tools, assembled and operated large models and test equipment for wind tunnels. From 1953 to 1964 Bob worked at Advanced Technology Division of American Radiator and Standard Sanitary Corp, Mountain View, CA, where he was supervisor of the Development Shop doing experimental and limited production work on all kinds of electro-mechanical devices, heat sensing elements, nuclear reactor equipment, electronic, and optical instruments. Bob resigned in July 1964 to move the family to Grass Valley.
Bob worked for The Grass Valley Group, Inc. in Grass Valley as machine shop supervisor. In 1964-65 he and Delta built their home on You Bet Road. In 1968 Bob started a 17-year career with the Nevada Irrigation District, Yuba-Bear River Project. He spent two years as Powerhouse Operator, three years as Hydro-Technician, and four years as Maintenance Supervisor. In 1977 Bob was appointed Yuba-Bear Project Manager by the NID Board of Directors and continued in that position until his retirement June 14, 1985.
Bob thoroughly enjoyed retirement, spending time in his home machine shop, improving the home and property on You Bet Road, and restoring antique tractors. He and Delta traveled together and celebrated 50 years of marriage before Delta’s death in June 1994. Bob, always ready to assist his neighbor, continued to live life to the fullest. He enjoyed his lifelong hobbies of model railroad trains, restoration of antique tractors, and involvement with clubs such as the Gold Country Flywheelers and the California Oliver Cletrac Club of which he was a founding member.
He was a caring friend to many and all who knew him will miss his generosity, his humor, and his energy.
Bob worshipped his Lord and Savior at Grace Lutheran Church, LCMS in Grass Valley and most recently at First Lutheran Church, LCMS in Tooele, UT.
Bob was preceded in death by his wife, Delta Rose, his parents Effie and Alvin Carr, his brother Silas Carr, and his sister Alice Neilsen. He is survived by his four daughters, Charlotte Wilson (Mike Spiers), Margrette Carr Lester (Walter), Hazel Allred (Clarence), Delta Carr (Mike Kogutek), and his grandsons Charles and Scott Wilson, and three great-grandchildren. A family graveside service will be held at 11:00 a.m., Thursday, April 7, 2022 at St. Paul’s Lutheran Cemetery in Chicago Park (18936 St. Paul Place, Grass Valley CA). A memorial luncheon will be provided after the internment at Grace Lutheran Church, LCMS, 1979 Ridge Road, Grass Valley CA.
Bob’s family would like to thank the Palliative Care and Cardiovascular teams at the University of Utah Hospital for their compassionate kindness to our father while under their care. The family also would like to extend our sincerest thanks to the caregivers and Hospice personnel at Rocky Mountain Care – Willow Springs, Tooele UT for keeping our father comfortable in his last weeks.
In lieu of flowers, the family requests that donations be made to local Hospice organizations in Bob’s name.

To order memorial trees or send flowers to the family in memory of Ernest Robert "Bob" Carr, please visit our flower store.
Send a Sympathy Card