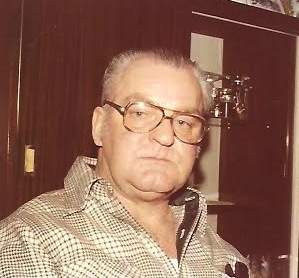 Edward was born in Tooele, Utah on Sep. 23, 1921 to John Mehalich and Anna Sodac Mehalich. He married Velma Rose Alred on Dec. 28, 1945 in Tooele Utah. He served in the CCC camp as a young man, and joined the Army and fought in World War II as a veteran for our freedom, in the European Theater supplying the Russian Front, in the battle for Leningrad. He was honorably discharged as a Corporal. He started working at Tooele Army Depot after the war in the Ammunition area and survived Three explosions during his time there, with injuries, and lost fellow workers in fatalities from the explosions.

He retired in 1977 as a Branch Manager from Tooele Army Depot. He was a caregiver and helped raise his Grandchildren always with an open door and heart.

He will be dearly missed by all who loved him.

Funeral Services will be held on Thursday June 22, 2017 at 2:00 PM at Didericksen Memorial Funeral Home, 87 W Main St. in Grantsville, Utah 84029. His interment will be announced at a later date, at Tooele Cemetery, Tooele Utah, with full Military Honors.

To order memorial trees or send flowers to the family in memory of Edward Mehalich, please visit our flower store.