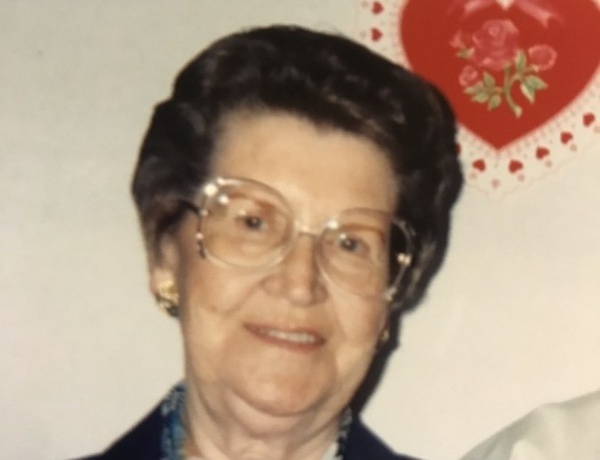 Edna Wallace Pollard Adams, age 93 returned to her husband May 8, 2019 after a brief battle with cancer. She was born July 28, 1925 in Tyron, Georgia to Jimmy Ware and Elma Oliva Slaton Pollard. She is the 5th of 6 children that grew up on a cotton farm.

She married the love of her life Myles S. Adams on February 13, 1943. Not too long after the wedding, Myles went off to war and Edna became one of many “Rosie the Riveters” putting wings on B-24 airplanes. Once WWII was over, she went to work with Western Union. Edna was a trainer and worked her way up the East Coast to New York.

Once Myles made it home from WWII, they settled in Birmingham, Alabama. She had two children Sherry and Wayne. Later they moved to El Paso, Texas and then in 1973 moved to Grantsville, Utah. Once in Grantsville she spent a lot of time with her grandchildren and becoming a rock hound with her
husband. She enjoyed sewing and gardening.

Edna spent her life as a dedicated wife, mother and grandmother. She is survived by her sister Betty Byers. Her children Sherry (Richard) Hutsell and Wayne Adams. Grandchildren Tammy (Brad) Smith, Alan (Amy) Adams and Jennifer (Roy) Matthews. There are five great-grandchildren and three great-great-grandchildren.

She is preceded in death by her grandson Christopher Hutsell, husband Myles Adams and daughter-in-law Linda Adams.

We would like to thing special friends Kent and Billy Chavez and Canyon Hospice for the amazing care over the last few months.

Services will be held on Saturday, May 11, 2019. We will have a friends and family viewing at 1 p.m. at Didericksen Memorial (87 W Main, Grantsville). There will be a small graveside service at 2 p.m. at the Grantsville City Cemetery.

To order memorial trees or send flowers to the family in memory of Edna Adams, please visit our flower store.
Send a Sympathy Card