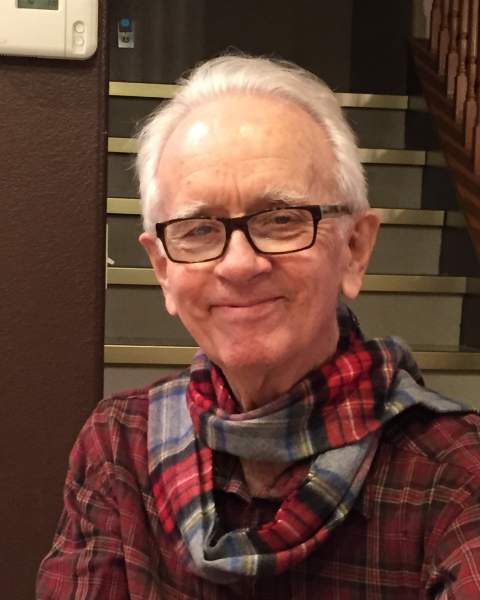 Don was born January 30, 1930 to Maurice Young and Norma Camille Anderson. Developing musical talent at an early age, he went to the state competition where he earned second place in playing the trumpet. Don helped his father on the ranch with numerous chores as well as helping deliver the calves that were born. He learned to drive and plow with a tractor in the summer of 1941, spending so much time in the sun practicing that he remembers being severely sunburned for his efforts. With courage he faced the dangers and adventures of living on a cattle ranch, which included a harrowing escape after being bitten by a rattlesnake. Don grew up surrounded by loving extended family members who he would visit often. He recalls riding his tricycle to visit his Aunt Maggie when he was quite young, and being rewarded with a fresh slice of bread slathered with raspberry jelly; one of his favorite treats.

With a keen mind and a love of science and astronomy, Don built a 6 foot Newtonian reflecting telescope at the age of 15. Using the knowledge and experience he gained, he went on to build several more, each of a higher quality and capacity.

Don attended Grantsville High School where he played football and basketball. He relished joking and making others laugh and always defended anyone he saw being bullied. The summer Don graduated from high school he went to work with a friend building the Western Pacific Railroad. This same summer he enlisted in the Utah National Guard. He enrolled in the University of Utah, majoring in Physics that fall. His senior year he was proficient enough in the subject that he taught the university sophomore physics class.

After graduating with his Bachelor’s in Physics, Don went to work for Hughes Aircraft in Culver City, California. The following year, Don enlisted in the US Air Force and was assigned to Lackland Air Force Base in Texas for Officers Training. In Sept 1954, Don went to Deep Creek AFB in Spokane Washington where he was assigned as a nuclear officer. He was honorable discharged from the Air Force in May 1956.

In 1958 he went to the Eastern States Mission where he served as a full-time missionary for the Church of Jesus Christ of Latter-Day Saints. On his mission he had the privilege of being with Elder Richard L Evans, who was serving as an apostle, on a CBS broadcast from New York City.

After his mission he worked for Ames Research Center, NASA, in Moffett Field, California. He returned to BYU in 1962 to earn his master’s degree. He met and married his wife, Amy Louise Stone, while working on his PhD at BYU. His oldest daughter, Chantre’, was born during this time. After graduation with this PhD in Physics from BYU, he was employed by the Jet Propulsion Labs, owned by NASA; a “dream job” he successfully sought for and attained.

He and his wife moved to Tucson, Arizona in 1972 where he went to work at the army installation of Fort Huachuca. Two more daughters were born to Don and Louise while they lived in Tucson; Alecia, followed four years later by his youngest daughter, Andrea. He also worked part-time teaching at Pima Community College teaching several computer languages during this period.

In 1987, Don received an opportunity to work full-time for the Department of Energy at a position in Las Vegas where he and his family moved in March. Always a hard worker, he also got a part-time job teaching Astronomy at the College of Southern Nevada.

Don was an active life-long learner and always kept abreast of the latest news and innovations in technology as well as developing discoveries in science and space. He was a regular subscriber to both National Geographic and Sky &amp; Telescope magazines. He would often forward the latest news articles and observations to his friends and family members, always excited to share the great knowledge he attained. Don was well-respected in the community for being intelligent, articulate, musical, humble, and being a
wonderful husband and father.

He will always be remembered for his quick wit, bright intelligent mind, and his kind and loving ways.

He is survived by his wife, Amy Louise Stone Wrathall and his daughters; Chantre (Rod) Hoer, and Alecia (David) Jaffe. He is preceded in death by his daughter, Andrea Wrathall, who passed away March 6, 2021. He is also survived by his sister Camille (Geoff) Ball and brother Robert Lee Wrathall.

A graveside service with military honors will be held at 12:00 pm on Saturday, August 20th at the Grantsville City Cemetery (350 W Main, Grantsville).

To order memorial trees or send flowers to the family in memory of Don Morris Wrathall, please visit our flower store.