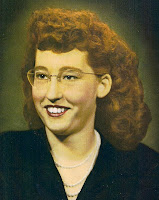 
Dolly EvaDean Morgan Green, 82, of Clover (Rush Valley) passed away March 15, 2013. Born in Mammoth, Utah, March 27, 1930. EvaDean lived in Ophir and was a Tooele High graduate. She married Walter C. Green on May 27, 1950. They made their home in Clover and raised five daughters; Ila Kay Bunn ( Wayne Hunter), Sharla ( Larry Gordon), Theresa Green, Gloria Green, Carma Painter (Gary Emerson). She has 17 grandchildren, 39 great grandchildren. She was preceded in death by her husband; both parents; eight brothers; son-in-law Norman Painter, granddaughter Miriah LaVell Gordon; great grandson Mathew Gordon; Nick Paloukos Jr., and James Bankhead. Viewing will be held at the Tooele 17th Ward at 132 N 570 E on Friday, March 22, from 11:30 to 12:30 p.m. Interment will be at the Clover Cemetery at 1:00 p.m. Lunch will be served from 11:30 to 12:30 at the viewing. Services entrusted with Didericksen Memorial 435-277-0050.
To order memorial trees or send flowers to the family in memory of Dolly Green, please visit our flower store.
Send a Sympathy Card