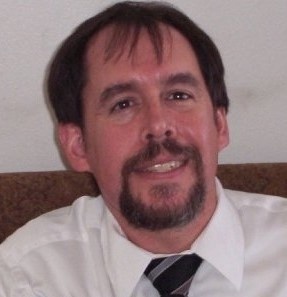 Our beloved husband, father, brother, uncle, and friend returned home to his Heavenly Father on October 15, 2021 after a long and valiant battle with numerous health problems. Dave was born on April 14, 1965 to Verna M. Prince and David V. LaBadie in Tooele, Utah. Dave married the love of his life, Brenda Rupp, on August 1, 1997 in Tooele, Utah. They were sealed for time and all eternity on January 22, 2009. They were blessed with three children who he adored.

Dave had a passion for all genres of music and attending concerts was something he really loved. If you ever had a question about a certain song, whether it was a lyric or the artist, he was definitely the one to go to. He would often quiz his family on musical facts. Before he became too ill to travel, Dave loved to take his family on vacations. He especially enjoyed their trips to Disneyland. He treasured time spent with his friends during their many poker nights and river rafting trips. But above all else, Dave loved his family. He cherished his wife and children and was very much looking forward to the upcoming birth of his grandson.

Dave was a member of The Church of Jesus Christ of Latter-day Saints. He had a strong faith and believed in the power of prayer. He held many positions, but especially liked the time he spent working with the young men and the adventures they experienced together. Dave is survived by his wife, children, Courtney (Nathan Craven), MacKenzie, and Josh, his sister, Nancy (Chuck) Watkins, and many other family members and friends who love him and whom he loved. He is preceded in death by his sister, Jody, his father, and his grandparents.

A viewing will be held on Friday, October 22, 2021 at 12:00 at The Church of Jesus Christ of Latter-day Saints, 415 West Apple St. in Grantsville, followed by graveside services at 1:00 at Grantsville City Cemetery.

To order memorial trees or send flowers to the family in memory of David LaBadie, please visit our flower store.