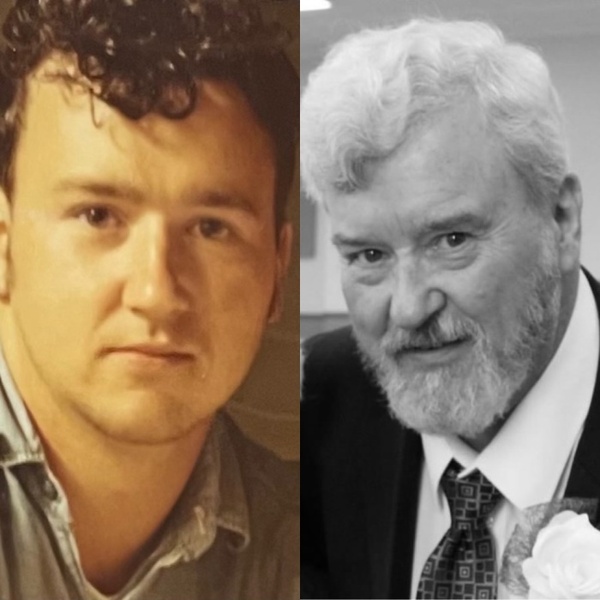 Our father, David Franklin Hardy, 72, finished up his chores and went on home, March 15, 2021. He was born August 20th, 1948, in Centralia, Illinois, to Andrew and Marguerite Hardy, as was his older brother Thomas. Our dad fulfilled many roles before moving on, including son, husband, father, grandfather, great-grandfather, uncle, cousin, and friend. He is survived by his wife Rayleen Hardy (her awesome family of 5 children, 20 grandchildren, and 6 great-grandchildren), his son Jeff Hardy (Dana), his daughters: Terri Sharkey, Michelle Martinez, Christina Hardy, Andrea Vedaa, and Heather Allen (Cyd), 19 grandchildren, and 3 great-grandchildren. He proudly served in the United States Navy and as a Network Analyst for Illinois Bell, AT&T, Qwest and CenturyLink for almost 40 years. He was a priesthood-holding convert of the Church of Jesus Christ of Latter-day Saints. He served in many leadership callings for his church, including Bishop, High Councilor, First Counselor, Second Counselor, and Branch President. Our dad loved his family above all else in this life, following only, of course, his Savior.

Our dad taught us morals and values that he believed strongly would serve us well in life. He continued to love us when we disagreed, believed and/or practiced differently, even taking the opportunity to learn from us if we did. He sacrificed his own personal time, his fun in a lot of instances, and many dreams to allow us to realize our own. Our dad taught us how to love in the way he loved our mother, Lynn. He held her in the highest regard, which you could see in the way he looked at her. He supported her in all she desired to do and accomplish. He loved her enough and lived his life in a way that would help her make those things happen. She finished her chores in this life earlier than he, and went on home August 20, 2014.

Dadgummit (his favorite word), my dad wasn’t sure at that point where to go or what to do until he would rejoin her someday. Luckily, he eventually moved to middle-of-nowhere East Carbon, Utah, where he would meet his sweetheart, Rayleen, who our mom would have adored. She brought such happiness to our dad’s life. She took him on some great adventures and kept him busy and laughing. Rayleen went above and beyond in loving and caring for him until his very last breath. We will never be able to thank her enough for the joy she gifted him. We will love her dearly always, as a very special part of our crazy family.

Our dad had many hobbies and interests. He had a brilliant engineer’s mind that loved to figure out how things worked. He took everything apart just to teach himself to put it back together again. This included cars, electronics, computers, cameras, really anything he could get his hands on. He built our mom her dream home in Tooele, Utah, in 1999, so she would be able to care for her ailing parents until they passed away. Our dad was a great photographer and a true outdoorsman. He took us camping as a family often. He enjoyed anything that allowed him time in the mountains. He captured some stunning photos of wildlife and was always the first to point out a deer moving through the trees miles away.

He especially loved elk, and though he was an avid hunter, he appreciated their noble stature and beauty most. Cabela’s was his heaven here on earth and every family road-trip was sure to include an hours-long stop at the then only location in Sydney, Nebraska. He was a fantastic cook, his signature dish being his famous Five-Michelin-Star Seafood Fettuccini Alfredo. In his wake, he left an epic mess in the kitchen, as any true chef does, so it was always worth the clean-up. He loved classic cars, and toted us all along to every car show he could find, teaching us about how you could tell different makes/models/years just by looking at the lights. Arguably, out of all of us kids, his favorite baby was his red 1967 GTO.

Our father was a man among men. He was honest and brave. He was patient and kind. He taught us kids about everything that brought him joy in this life. He was a loyal friend and neighbor, always the first to step up and serve his fellow man in need. He always gave of whatever he had to lift another. He was not without his own personal struggle, but he taught us that the most important thing was not the mistake—they were inevitable. The most important part was that we always get back up again and do what we can, if anything, to make it right. He was the best example of character, hard work, and selfless sacrifice. He was what every father should strive to be.

He will be sorely missed, but he taught us that this isn’t the end. So, until we meet again, pops.

To order memorial trees or send flowers to the family in memory of David Hardy, please visit our flower store.
Send a Sympathy Card